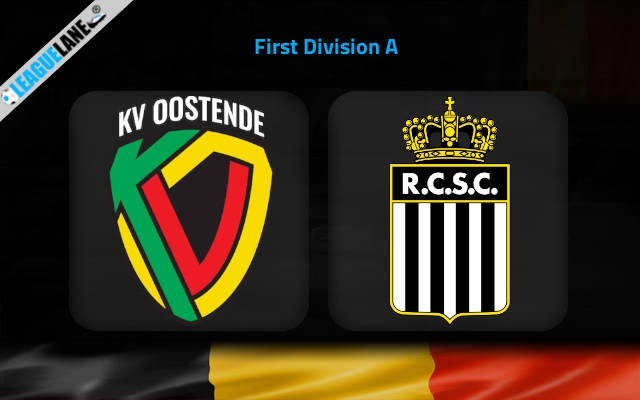 Aiming for a bright start in Jupiler League in 2021, Oostende will lock horns with Sporting Charleroi on Saturday at Diaz Arena for the three points. Despite sliding into a winless streak towards the end of the last campaign, Alexander Blessin and his men finished off in style at the fifth position with a 1-3 win on the road against Standard Liege in the last game.

It wasn’t the same for Sporting Charleroi aka the Zebras, as they ended up at the 13th spot last term. The away team was winless in their last nine league fixtures with three consecutive defeats in the end. Their previous encounter was at home and they lost to Eupen with a 2-3 scoreline.

Oostende has lost only one of their last six h2h clashes at home with the guest. This shows the host enjoys the ground advantage and has good use of it. However, the host has only one win in their last five home matches in the campaign.

This will reduce the sharpness of the home team’s attacks in the middle. Thus, the tip for under 3.5 goals will be the ideal choice for the goals department. From a first look into how both teams ended their last season schedule, the host is likely to be the favorites to win in their opening match in 2021.