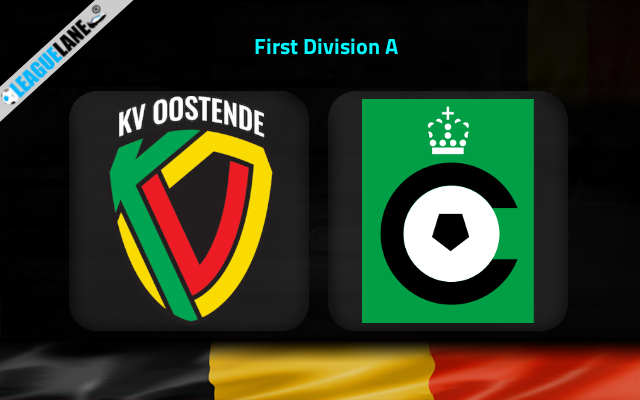 Oostende vs Cercle Bruges Predictions and Free Tips from our expert tipsters when the teams go head-to-head in the Belgian Jupiler League on Saturday, 21 January 2023.

Neither Cercle Bruges nor Oostende have a decent form of late. Both these teams are positioned outside top half in the league standings.

Going on, Oostende sits inside the danger zone while Cercle Bruges sits 9 points and five spots away from it. They both are on a winless run and will be hoping to seal a victory on Saturday.

Oostenda can rely on the recent tradition since they are unbeaten in the past four encounters against Cercle Bruges. The reverse fixture ended in a 2-2 draw.

Both teams to score option landed in the past five encounters between these two teams at this venue.

Who will win the match between Oostende vs Cercle Bruges?

Going on, the current form of Cercle Bruges is much better than Oostende, who follows a four-match losing streak to enter this match. Thus, we expect a win for Crcle Bruges.

Oostende have recorded the most number of over 2.5 goals ft in this season. Their matches have been high-scoring affairs due to the weak defensive side which had let in goals at a rate of 2.5 per game.

Since Cercle Bruges have a decent attacking side, we expect this match to have over 2.5 goals ft.

Cercle Bruges have allowed a total of 8 goals from the last six away matches. Since Oostende have scored in the past six home matches, we expect this match to have goals from both ends.

Cercle Bruges is having a comparatively better form in the league at present. Oostende follows a four-game losing streak and doesn’t display anything competitive except a potential of scoring one here.