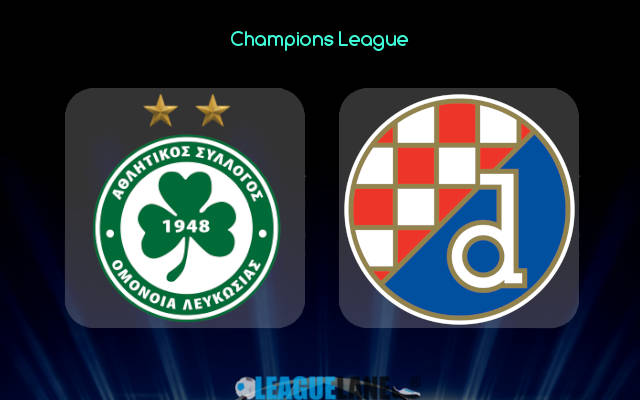 Dinamo have one foot into the next round, after their convincing win in the first leg at their home. Omonia have a tough job to do in this return fixture, and they are desperate. As things stand, the expectation is that Zagreb should finish off the job this Tuesday.

The first leg had ended in a 2-0 win for the Croatians. Both goals had come in the second half, and though the visitors tried their best to cut back the lead, they were unsuccessful till the end.

Judging the form of Dinamo, especially of their offense, they will find the back of the net at the Neo GSP Stadium. On top of that, Nicosia are not going to be able to concentrate more on defense, as they need to score at least twice in regular time.

Surely expect guests Zagreb to record a win this Tuesday.

Nicosia were winless in four of their past six overall fixtures, and they had conceded two or more goals in three of their preceding five games. Note that they are also winless in their former two appearances at home.

On the other hand, their counterparts had won ten of their past eleven overall match-ups, and they had scored two or more goals in 11 of their preceding 13 games. Going on, they are also on a six-fixture winning streak on the road.

On top of all this, Omonia had lost the first leg 2-0, and now will have to find the back of the net at least twice without conceding this Tuesday. This is kind of a perfect recipe for the in-form Zagreb to register a victory.

Still, the constant onslaught of attacks by Nicosia should result in at least one goal by them.