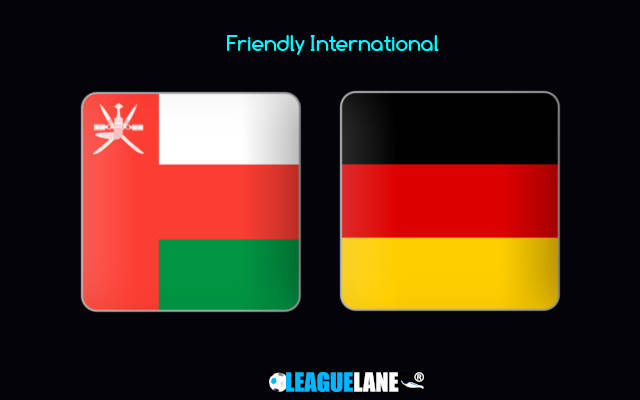 Germany will face home side Oman in a warm-up fixture at Sultan Qaboos Sports Complex on Wednesday before the World Cup kick-off.

Oman will not have much of a spirit heading into this fixture having failed to qualify in the World Cup Qualifiers and exiting the Qatar race. In fact, they have not performed well for having some spirits lately.

They have lost most of the games in the Qualifiers and the only wins they have to display are from a set of friendlies recently. Even in those friendlies, they faced opponents with an average competitive potentials.

Germany have been drawn in Group E with the likes of Spain and Japan. So they cannot deliver a poor performance. Unfortunately, they don’t seem to be in great form at the moment.

They are winless in four of the last five games. It has to be said that this kind of inconsistency right before the World Cup is not good at all.

Despite being among the teams considered heavy favorites to win the World Cup, Germany would be placed at the bottom if those teams were to be classified based on their current form.

So even this friendly match is important for them. This fixture is all they have ahead of the World Cup for the preparations. Although the bookmakers have priced them as heavy favorites in this games, German coach Flick Hansi’s aim will be to realize their maximum potential rather than a win.

However, with a big side like Muller, Gnabry, Sane, Kimmich, Havertz, Gundogan, Rudiger, Neuer etc, it remains to be seen what Germany have in store for the World Cup.

Having scored a total of 10 goals with 2 per game rate in the last five away games, we expect the German side to score more that in this game.

They have brought out their competitive strength in the away match where they drew 3-3 with England last game.

Therefore, we expect them to score three goals and seal a clean sheet victory against Oman.