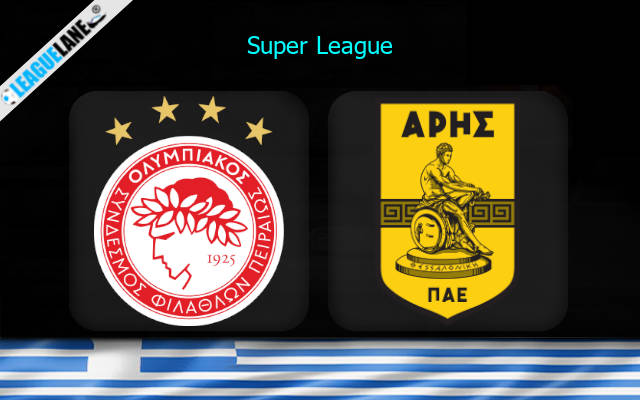 Olympiacos vs Aris Thessaloniki Predictions and Free Tips from our expert tipsters when the teams go head-to-head in Greek Super League on Sunday, 15 January 2023.

Olympiacos are the most in-form team in the league presently. They are on a three-game winning streak. In their last league outing, they defeated Volos by 4-0 last time.

On the other hand, Aris celebrated a huge 3-0 win over Tripolis last time. They are fifth in the league and have qualified for the next round of the Greek Cup.

The host have won three of the last five head-to-head matches. Both teams last met back in September and the visitors won that game by 2-1

The host have dominated this fixture at Georgios Karaiskakis Stadium as they are unbeaten in the last two decades against Aris.

Who will win the match between Olympiacos and Aris Thessaloniki?

The host will most likely take all three points from this game. They are on a three-game winning streak against this team at Georgios Karaiskakis Stadium. Another interesting point to note is that both teams are separated by eight points on the table.

In three of the last four head-to-head matches, the game ended with three goals being scored. The host have scored nine goals combined in their last two home wins as well.

With just one exception, both teams have scored in the last three head-to-head matches. Do note that the last meeting at Georgios Karaiskakis Stadium ended in a 2-1 score line. We can expect the same pattern to follow up this time as well.

The host have won the last two matches at Georgios Karaiskakis Stadium by scoring at least two goals. Also, they are on a three-game winning streak against this team at this ground. Therefore, we can back Olympiacos to win this game by 2-1– the odd for this tip will be at 9.00 odd.

Moving on, our second tip is that Over 2.5 goals will be scored – at 2.00. In three of the last four matches at least three goals have been scored combined. This time as well we can expect the same.