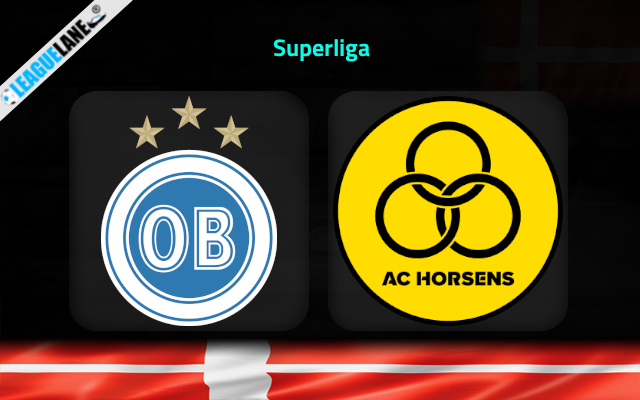 Horsens are a team that were promoted to the top flight just at the end of the last season and they have shown that they are ready to take on the best teams in the country. Meanwhile Odense are a perennial contender to finish in the bottom tier of the table and this time around they have been possibly the worst team in the league.

They are placed bottom-most in the standings as of now and have a 100 percentage losing record, disregarding a single draw. They have let in the most number of goals of all the teams in the competition and only one other team has scored fewer than them as well.

It is concerning that they are on a losing streak even in front of their home crowd.

Meanwhile Horsens have lost a total of just once so for this league campaign and they have been consistently finding the back of the net.

It goes without saying that they have built considerable momentum and they will consider this upcoming opportunity in order to secure another important win.

By the looks of things count on Horsens to deliver a winning performance this Monday.

Odense had lost 9 of their past 10 overall fixtures and they are also on a long 13-game winless run. Do also note that they had let in 2 or more goals in 9 of their previous 10 fixtures as well.

On the other hand, Horsens were unbeaten in 17 of their previous 19 overall games and in the process they had gone on 3 separate two-fixture winning streaks as well as another 4-match winning stretch.

Considering these observations, expect a win for Horsens this Monday.

Tips for Odense vs Horsens