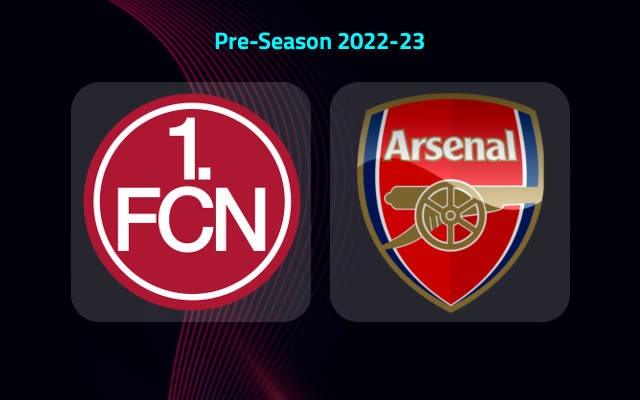 The Gunners will be eager to start their pre-season, especially after all of their promising signings in the transfer window. They have made it a mission to secure a top-4 finish in the English top flight at any cost this season.

They have been on a good stretch of performances recently and if not for some tough and unlucky losses towards the end of the campaign, they would have made it to the next edition of the Champions League.

Meanwhile, Nurnberg have been going through a poor stretch of performances lately. They are letting in goals in huge numbers, and most of their recent games have ended in losses as well.

Do also note that they have been struggling with their defense even at home. And judging all these observations, it is expected that Arsenal will register a convincing win this Friday.

It also deserves to be mentioned that this stretch of wins had included victories against the likes of Manchester United and Chelsea.

On the other hand, Nurnberg had lost 4 of their previous 5 overall games, and they had let in 2 or more goals in all 4 of these fixtures.

They were also winless in 10 of their past 12 overall matches, and they had lost 4 of their former 6 road trips.

Taking into account these observations, expect a dominant victory for Arsenal this weekend.

Tips for Nurnberg vs Arsenal