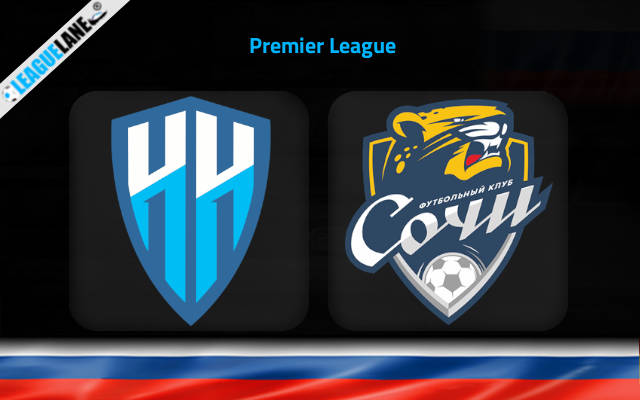 Promoted from the FNL last season after finishing as the second runners-up in the second division, Nizhny Novgorod will have their first clash in the top-tier on Monday. They will play host to PFC Sochi on Monday in the Russian Premier League, with the latter finishing fifth last term on the PL table.

The host ended their FNL fixtures on good terms with just two defeats in the last 13 attempts. The promotes team will come into the game on the back of a three-game unbeaten run, following a 1-1 draw on the road with Tomsk last time out in their FNL schedule.

The visitor, on the other hand, has been unbeaten in their last five clashes in the league. The guest has just one draw in that undefeated run in the top-tier. They will visit on the back of a goalless draw on the road with Khimki last time out in the PL.

The last time these two sides met was in the 2019 FNL fixture which ended in a goalless draw. Now that PFC Sochi has gained top-tier experience, we can expect a couple of goals in ninety minutes.

The host enjoys the ground advantage and has won five of their last six attempts at home. However, the guest has been unbeaten in their recent three outings in the top-tier schedule.

Besides, the away team has a better overall performance in the league from last season. So, the away win in full-time will probably be the best bet in the clash.