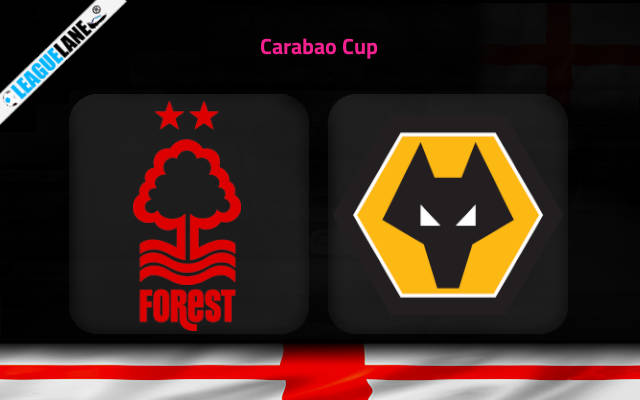 Nottingham Forest vs Wolves Predictions and Free Tips from our expert tipsters when the teams go head-to-head in the English Carabao Cup on Wednesday, 11 January 2023.

Wolves made a worrying start to their season, but they really are trying to make amends lately. Their performances have improved quite impressively after the World Cup, and they will be eager to keep the streak going. They even managed to hold Liverpool to a 2-2 draw the last match-day at Anfield.

Meanwhile, Nottingham are a new addition to the top flight. They are trying their best to ensure that they extend their stay in the PL, but it seems that it is getting slightly overwhelming for them. Especially since the season resumed after the World Cup, their form has been worrisome.

Wolves are comparatively much more experienced in the top flight, than their counterparts for the day. And it is no wonder that they have a superior h2h record in h2h clashes over the years.

They recorded a 1-0 win over Nottingham just two months back, and they also managed to win five of the past six meetings. And the last the hosts ever won such a fixture at this ground was ten years back.

Who will win the match between Nottingham Forest and Wolves?

Recent form suggests that Wolves are a great pick to win this fixture. Since the season resumed, they held Liverpool and Aston Villa to a draw, and defeated Everton. They also have a confidence-boosting h2h record against this rival over the past several years.

At the same time, Forest are a newly-promoted squad, and they are finding it hard to show consistency.

Wolves are the favorites to secure a win, and they are expected to test the struggling defense of the hosts quite a lot.

However, note that Nottingham have found the back of the net consistently in spite of all their issues. On top of that, Wolves have a single clean sheet on the road in all competitions since March 2022.

Chances are high that we are about to witness a high-scoring affair.

Continuing from before, defense is not really an area where either team excels. Both teams have conceded goals in plenty throughout the campaign. Furthermore, previous h2h encounters also show a trend of goals coming in huge numbers from either side of the pitch.

As such, anticipate both teams to find the back of the net this Wednesday.

Wolves are on an impressive stretch of performances since season resumed, and they are expected to continue this run this Wednesday as well. Nottingham have been inconsistent lately, and they are also a team that were promoted to the top flight at the end of the last season.

And with Forest having a poor h2h record over the years, Wolves are a great pick to post the win this game week at an odd of 2.80.

Be that as it may, their defense has lacked quite a bit in 2022-23. Seldom have they kept clean sheets this season, and at the same time Nottingham have found the back of the net consistently at home. Likely, the Both Teams to Score wager appear to be promising at an odd of 1.90.