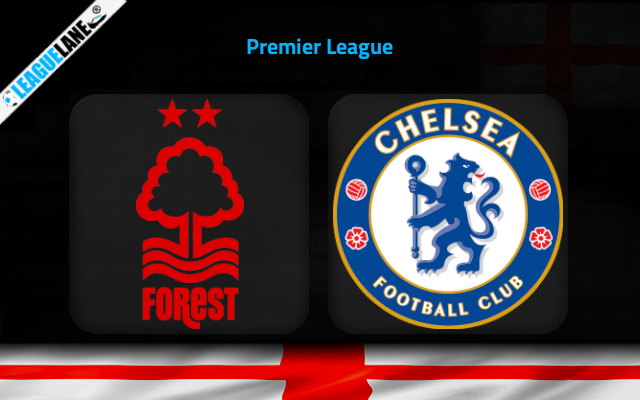 Nottingham Forest vs Chelsea Predictions and Free Tips from our expert tipsters when the teams go head-to-head in the England Premier League on Sunday, 1 January 2023.

The current struggling run of Chelsea is something they haven’t witnessed in the recent past. They are on a five-fixture winless streak and have dropped into the 9th spot.

However, they will enter their upcoming fixture as favorites despite of traveling because their rivals are the second worst team in the campaign, Nottingham Forest.

Chelsea have never lost to Nottingham Forest in the past two decades. They are on a seven-fixture winning streak too.

At this venue, they have never locked horns since 1999. The latest meeting had finished in a 1-3 win for Chelsea.

Who will win the match between Nottingham Forest vs Chelsea?

We expect Chelsea to seal a win here despite of them failing to claim one in the last three road trips. However, it won’t be an easy affair as Nottingham have delivered better performances lately at home.

Neither Chelsea no Nottingham have recorded over 2.5 goals ft in the recent league games they played.

Moreover, neither of these two sides are in possession of a decent attacking side in this season. Therefore, we expect goals under 2.5 in this match.

Chelsea’s defensive side have leaked as much as goals their attacking side scored in this campaign. They have let in a total of 8 goals in the last five road trips.

Meanwhile, Nottingham owns a defensive side which have leaked more than double the number of goals their attacking side have scored in this season.

By the looks of things, we quite see the value of backing the both teams to score option at 1.90 odds.

Considering all these observations, we expect a victory for Chelsea and like to place it as the main betting option at 1.62 odds.

For the second tip, we like to place the both teams to score option at 1.90 odds.