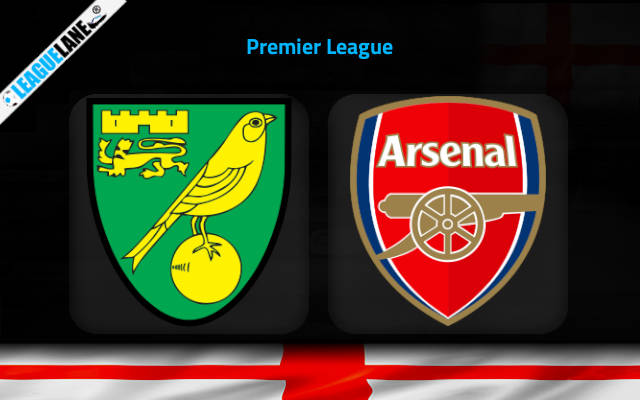 Arsenal have taken the fourth position, which was under the radar of many a team in the league. And the Gunners have done it in style too.

Now they need to build a healthy lead, and maybe even go after the third-placed Chelsea.

Anyhow, a top-four finish would be a massive boost to their image as well as confidence, and the team is dead-determined to hold on to this position.

This Sunday, they are pitted against possibly the absolute worst team in the whole of the PL – Norwich.

They are placed bottom-most in the table, and are a prime contender to get relegated at the end of the campaign. Do also note that they are a team that were promoted to the top flight just at the end of the previous season.

By the looks of things, Arsenal are expected to post the three points on the board.

Norwich lost 0-2 at home the last match-day, against Aston Villa. They are on a three-game losing streak, and had remained winless in 17 of their past 20 fixtures. In the process, they had gone on two separate three-fixture losing streaks, and a five-game losing stretch as well.

On the other hand, Arteta’s men registered a 1-4 win on the road against Leeds the past game week. They are also won nine of their past twelve matches, and most importantly, they have a great h2h record against this rival.

Likely, expect a convincing win for the in-form Arsenal this Sunday.