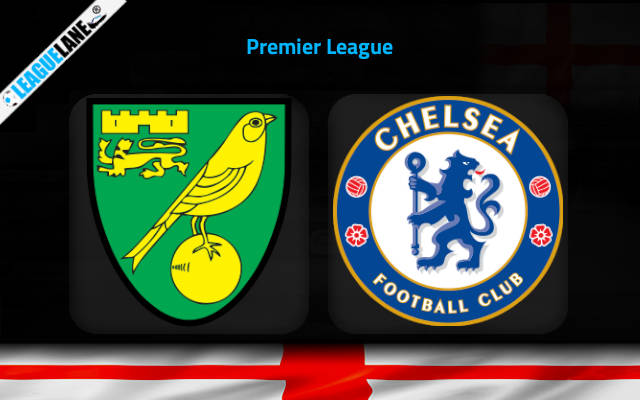 Having already gone through two separate six match losing streaks this season, Norwich will head into this fixture losing all of their matches in the previous month. Despite not much separating them from the relegation cut off, the club looks destined to go down to the Championship once again.

In their most recent fixture, the club lost by a score line of 1-3 at home against Brentford, in a fixture that witnessed Ivan Toney complete a hat trick, which made him the first person for Brentford to score a top flight hat trick in 85 years.

The result took the club’s losing streak to four. Having just gained a point from their last five league matches, the team is now rock bottom of the EPL, five points behind 17th place Everton.

Chelsea did drop plenty of points in December and January; however, the club has hardly set a foot wrong since then, disregarding their loss in the League Cup final.

With that being said they competed just once in the Prem in February, thanks to their involvements across various tournaments and with them out of the title race, one would expect them to try making deep runs in the remaining tournaments.

Following heartbreak at Wembley and a rather nervy win in the FA Cup against Luton, the club returned to their dominating best with a 0-4 demolition of Burnley away from home. The result meant that the club has won their preceding three league matches.

With ten points from their previous five league matches, the club is now 3rd in the league, sixteen points behind the Citizens.

The Blues have scored just a couple of goals before half time in their preceding six league matches on the road. Their opponents meanwhile have done so thrice in their preceding four home league games. Consequently, do not expect Chelsea to dominate the first half.

Chelsea have not been prolific in away fixtures until their previous game. And further their opponents have rarely made significant contributions to the goal line.

However, the hosts have conceded at least thrice against the remainder of the top four teams at home. Furthermore, Considering Chelsea’s performance at Turf Moor expect them to seal the win in a fixture, where at least three goals are expected.