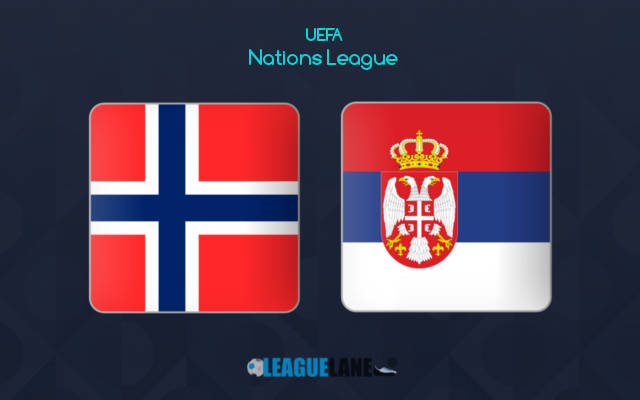 Norway and Serbia will take on each other in one of the most exciting games of the entire Nations League schedule (across all leagues) on Tuesday.

These two teams have impressed the most so far in Group 4 of League B. Norway have been slightly better thanks to a 0-1 victory on the opening day in Belgrade.

Norway have put themselves in a great position to secure the elite-class promotion with a streak of three wins and a draw in the opening four rounds of the competition in Group 4.

One of the best strikers on the planet was on target in the mentioned 0-1 victory over Serbia in Belgrade. He also added two goals and an assist in a 3-2 victory over Scandinavian rivals Sweden in the last game in June.

Nevertheless, we have to say that Serbia also possess an excellent firepower on display with the likes of Aleksandar Mitrovic, Dusan Vlahovic, Dusan Tadic, and Luka Jovic all available for head coach Drahan Stojkovic Piksi.

We were thus not much surprised to see this Serbian team topping their respective World Cup Qualification group at the expense of Portugal who were forced to secure an appearance in Qatar via the playoffs.

We believe the time has come for the low-scoring trend in the head to head encounters between these two teams to be terminated.

Both Norway and Serbia possess an amazing firepower in the final third and both teams have played goal fests in their recent games in June. We will go with the Both Teams To Score at the 1.95 odds, while we also see the value in backing the Serbians not to lose here at the 1.80 odds.