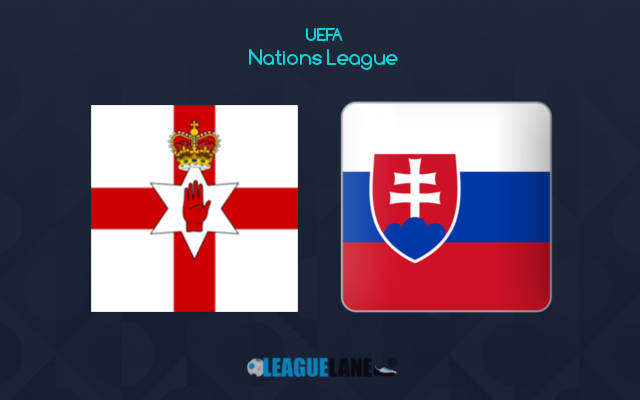 Despite awful form in the last couple of months, Northern Ireland are still in a good position to earn a spot in EURO 2021.

They have made it to the finals of UEFA Nations League playoffs and the deciding match against Slovakia is scheduled for Thursday night at Windsor Park in Belfast.

Visitors are lacking consistency as well from recent games, losing three out of the last five official appearances.

Interestingly, the odds offered on home and away win at the moment are at identical 2.80 rate. All signs are pointing at direction of rough, low-scoring affair.

There was grand total of four head to head games between Northern Ireland and Slovakia in the past.

Slovakians have minimal 2-1 lead in terms of victories, with one of them being achieved at this stadium in 2009.

The most recent meeting was a friendly duel in 2016, ending without winner and without goals.

The only time Northern Ireland celebrated victory against this opponent was in 1998 at this venue, 1-0 FT.

Both sides have won their semi-final qualifying game on penalties. Northern Ireland have faced Bosnia & Herzegovina in Sarajevo. They conceded an early goal in the first half, but managed to recover later on through the goal of Niall McGinn; 1-1 was the full-time result and nothing major happened in extra-time.

Goalkeeper Peacock-Farrel saved two penalties and secured a spot in the finals. Since then, Northern Ireland have lost two games in a row to Austria and Norway without scoring one single goal.

Identical thing happened with Slovakia. After eliminating Republic of Ireland on penalties, team lost two duels in a row against Scotland and Israel. They were slightly more efficient though.

Marek Hamsik is the most recognizable name in Slovakian squad and is expected to lead the team in Belfast.

We are expecting to see very low number of goals. As for the FT winner market, quality should slightly be on side of visitors.