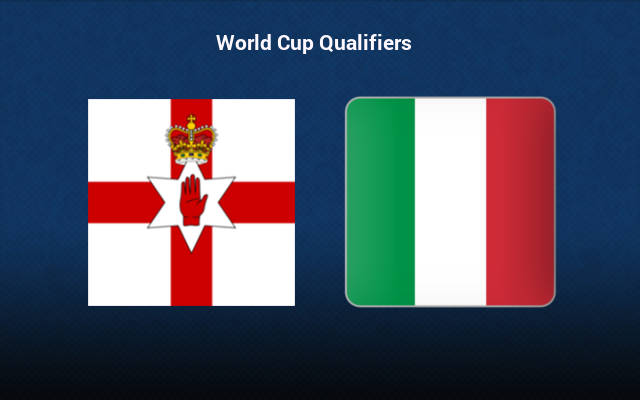 Reigning European champions Italy are desperate to avoid their fate in 2018, when they failed to qualify for the World Cup. As of now, they are at the top of the table, but are level on points with the second-placed Switzerland.

To be safe, they need to win their remaining two fixtures. And Northern Ireland who have won just once through this campaign, stand no chance against a titan like the Azzurri.

Surely expect a huge win for the determined and under-pressure Italy this Monday.

Northern Ireland lost 2-1 on the road the last match-day, against Bulgaria. They are also on a three-game winless run, and are on a two-fixture losing streak too.

They had conceded two or more goals in two of their former three match-ups, and had failed to score in two of these three fixtures as well.

Importantly, they are on a winless run at home since September of 2019, and barring four draws, all other home appearances had ended in losses.

They are currently placed second to last in the table, and are already eliminated from the Qualifiers. Moreover, their sole win in the competition had come against the dead-last placed Lithuania.

On the other hand, we have the reigning European champions, and they have some old wounds to heal. They had failed to qualify to the 2018 edition of the World Cup, and as such they are doubly motivated to secure a ticket to Qatar.

They had recorded a 5-0 win at home the last match-day in the competition against Lithuania.

They had also registered a 2-1 win against Belgium in their latest encounter – which had come in the Nations League. Note that the Belgians are the first-ranked team in the world.

Moreover, they were unbeaten in 38 of their past 39 overall fixtures, and in the process they had recorded two separate eleven-fixture winning runs as well.

Considering these observations, as well as past h2h stats, expect a win for Italy this Monday.