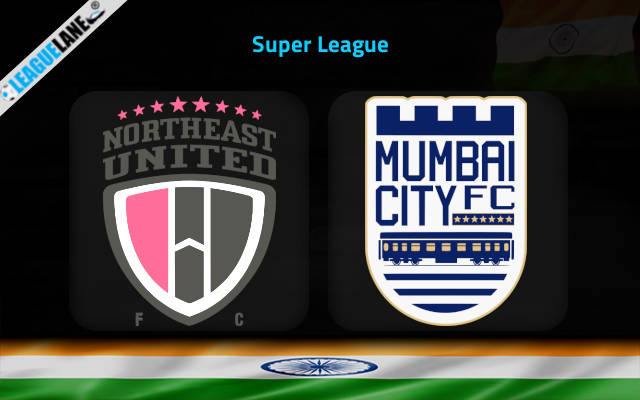 In game week 9 of Indian Super League, Northeast United faces Mumbai City for their next match on Monday at Guwahati.

Northeast United is in the 9th position on the league table with 7 points from 8 matches. They played their last match against ATK Mohun Bagan in which the opposition scored three goals and Northeast could score only one. The match ended with 2-3 FT score.

The team has 2 wins, 1 draw and 5 losses so far in this season and has scored only 10 goals while conceding 16 goals. They have scored at least one goal in seven of their matches this season.

Northeast has played five home matches, and the result is mixed. They have 2 wins and 2 losses from their home matches. The team has scored two or more goals in the last three matches as well.

Mumbai City is in the top of the league table with 15 points from only seven matches. They played against Kerala Blasters in their last match, which ended in a loss for the team after opposition scored three goals and Mumbai couldn’t score any.

The team has 5 wins and 2 losses in the season so far and has scored total 17 goals. The team was on a 4-game hot streak until their match against Kerala. They have also scored three or more goals in four of the matches as well.

Mumbai has played only two matches in their home ground and has won the matches as well as scoring over two goals in both the matches. Their last home match was against Bengaluru, which ended with 1-3 FT score in favour of Mumbai.

Even though Mumbai didn’t score in the last match, they are a goal scoring team and will score in the next match, as will Northeast. So I believe both teams will score, but Mumbai will win the match and the match will end with over 2.5 goals. Mumbai needs the win if they wish to stay on top of the league table.