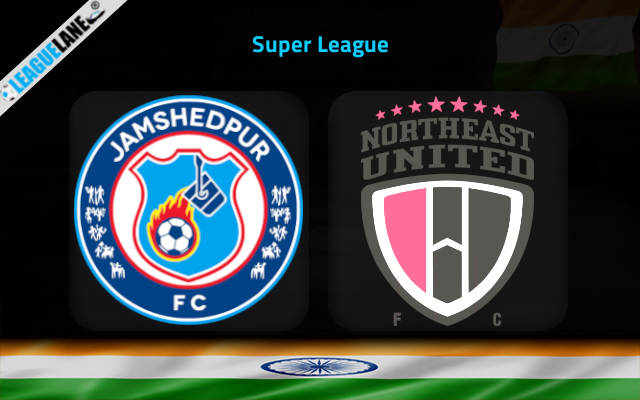 The Highlanders are having the best start to their league in all the seasons. They are second in the table with 2 wins and a draw.

Both Northeast and Bengaluru have 7 points each but the latter are better on goal difference.

The new coach Eelco Schattorie has given his team a boost. They finished last season last in the table under Avram Grant who is now their technical advisor.

The team owned by John Abraham will be looking for a promising end to this season.

Bartholomew Ogbeche is the top scorer in the league with 4 goals. He scored a first half hattrick against reigning champions Chennaiyin in their last league game at Chennai.

Jamshedpur comes from a draw at home to ATK. In a match that ended 1-1 Sergio Cidoncha scored the early goal for Jamshedpur and Lanzarote equalized for the team from Kolkata in the first half injury time.

Defense has always been the strength of the men of steel. But this year they have already conceded 3 goals in games.

It is an unbeaten start for both teams and either sides boast of ample firepower in the attacking front. So, goals are guaranteed in this match and punters won’t go wrong in backing the btts bet.

The full-time result could go either ways, despite strong attacking units, neither side have the service of a secure defensive line. We have seen plenty of late goals in ISL matches this season, thus it would be wise not to bet on 1×2 considering both teams are in fine form and have same strengths and weaknesses.