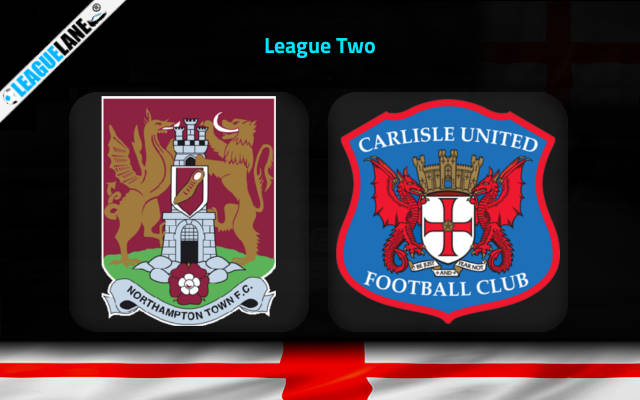 Northampton vs Carlisle Predictions and Free Tips from our expert tipsters when the teams go head-to-head in League Two on Tuesday, 20 December 2022.

Nearly 50% of the games have ended in a stalemate for Carlisle this season. They are in the seventh position on the table this season.

Meanwhile, Northampton celebrated two important victories against Bradford and Gillingham recently. Now they are in the third position on the table. They have slightly improved their home form as they are unbeaten since October.

Both teams last met in March this year and the current visitors won by 2-1. The host won this fixture on three of the last four occasions.

At Sixfields Stadium the host are on a three-game winning streak against this team.

Who will win the match between Northampton and Carlisle?

The visitors are struggling to win in the league this season. They are winless in three of their last four outings. Moreover, in the last fourteen years they have won only once at Sixfields Stadium.

Do also note that they are yet to win a game this month.

The last three head-to-head meetings between at Sixfields Stadium ended with over 2.5 goals. The most recent encounter ended with a combined total of three goals as well. Therefore, we can expect this trend to continue.

Both teams have scored in four of the last seven overall head-to-head meetings. Do also note that the most recent match between these two teams ended in a 2-1 scoreline.

The host are a different team when they play on this ground. They are on a three-game winning streak against this team. Therefore, the first tip is that Northampton will win this game – the odd for this tip will be at 2.25 odd.

Our second tip is that Over 2.5 goals with Both teams to score – at 2.50. Both teams scored in their most recent head-to-head meeting. Also, the game ended with at least three goals being scored in the last three matches at Sixfields Stadium.