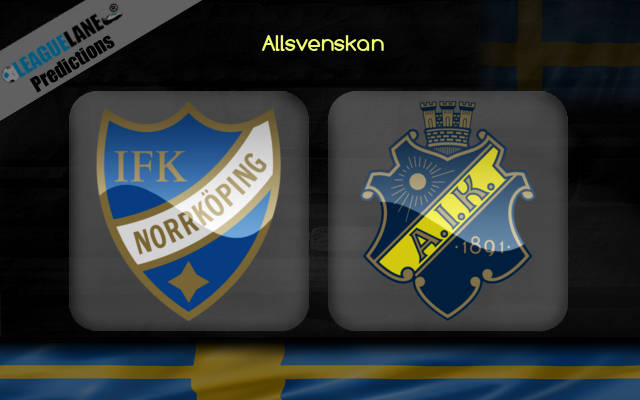 Norrkoping’s new season of Allsvenskan has been going pleasant as they have recovered from the opening winless run to a winning streak in the last two fixtures. They will host AIK Stockholm sitting above them on the table as it stands with a similar double win on their back in the league.

The host has picked up seven points from their four appearances so far this season. They were at the sixth spot on the table last season in the campaign. Their previous encounter this term was on the road and they defeated Orebro with a 0-3 scoreline.

In the meantime, AIK has picked a spot next to the toppers early this season. The away team has nine points from their four attempts and was at the ninth spot last term in the league. They will visit on the back of a double win, following a 1-0 win at home against the likes of Elfsborg in the last clash.

Even with the match sizing to be anyone’s game at Platinum cars Arena, Norrkoping shows a slight edge over the visitor in the clash. The host enjoys the ground advantage and has been unbeaten in both their previous two home matches this term. Moreover, Rikard Norling’s men haven’t lost any of their last five h2h clashes with the visitor at this venue.

However, there is a good chance for both teams to find the back of the net in ninety minutes based on their recent h2h meetings in the campaign. So, with an overall performance since last season, the double chance favoring Norrkoping will probably be the best bet for the punters.