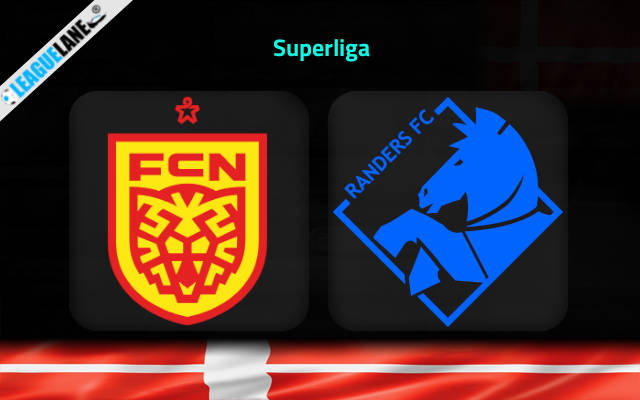 One of the most awaited fixtures this season in Superliga will take place at Right to Dream Park. Both Nordsjaelland and Randers will go head-to-head this Monday. They are separated by two points on the table ranking.

The host are not showing consistency recently. They started the season on a good note. However, they lost the winning momentum. Looking at the recent form, they have lost two games in their last five matches.

In their last league outing they lost to Horsens by a narrow 1-0 margin. This defeat has extended two-game winless streak for Flemming Steen Pedersen’s side.

Meanwhile, the visitors are in excellent form this season. They are the only team who are unbeaten in the league. Following a 2-2 draw against Brondy, manager Thomas Thomasberg made amends by winning their most recent match against Silkeborg.

In that game, Marvin Egho scored an early penalty. The game ended on a 3-2 scoreline. Moreover, this victory has helped the team reach the top of the table.

One of the reasons why the current visitors have made good progress is that six different players have scored goals in their last four matches.

The visitors are on an excellent goal-scoring form. They have scored a total of sixteen goals in their last ten league outings.

It is interesting to note that the home side have lost only two games this campaign.

Our first tip for this game is that Nordsjaelland will win – the odd for this tip will be at 2.10 odd. The home team have a very strong record. They are unbeaten for the last six years every time they played against Randers.

Moreover, the next tip is that Over 2.5 goals and Both Teams to score -the odd for this combined tip will be at 1.95. In three of the last four overall matches, the game ended with over 2.5 goals. Also, a combined total of fifteen goals have been scored in those three matches alone.