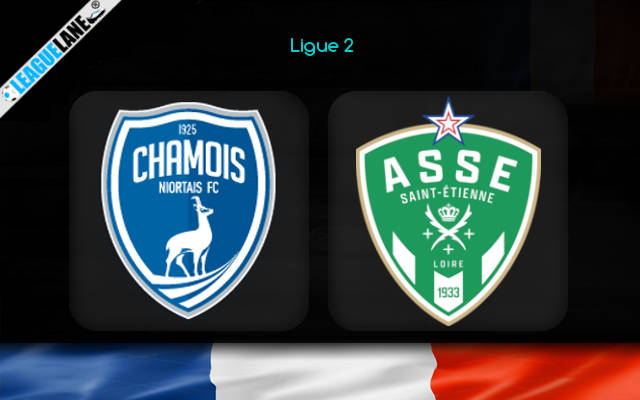 Niort vs Saint-Etienne Predictions and Free Tips from our expert tipsters when the teams go head-to-head in the France Ligue 2 on Monday, 16 January 2023.

Neither Niort nor Saint-Etienne is having a decent form since the beginning of this season. They both are sitting inside the danger zone and Niort is at a comparatively better position, at the 18th which is one spot and two points away from Saint-Etienne.

They have not locked horns in the past 18 years. Saint-Etienne have been the dominant force in the recent tradition.

Who will win the match between Niort vs Saint-Etienne?

Niort was unbeaten in the past three home matches. They have won two of those scoring goals at a good rate.

On the other side, Saint-Etienne lost four of the past five road trips. However, their very recent form looks decent enough for a team sitting at the foot of the table.

By the looks of things, we expect a result in favor of Niort. The chances of a draw cannot be ruled out as both these sides have an unbeaten form in the league currently.

Four of the last five away matches of Saint-Etienne were high-scoring affairs. The case is same for Niort at home. Moreover, both these sides have the most number of over 2.5 goals ft recordings. Thus, we expect this match to have over 2.5 goals ft.

They both have the two worst defensive sides of this season. Its logical to expect them both to leak goals here. Both teams to score at 1.91 odds seems to be an ideal option for placing as the second bet here.

Bookmakers see the visitors as favorites to claim the win here. But Niort’s current form looks better than Saint-Etienne’s. We expect a result in favor of Niort despite of their h2h tradition against Saint-Etienne.

For the main tip, we like to place Niort or Draw at 1.66 odds. Both teams to score at 1.91 odds is our second pick considering the defenses of both.