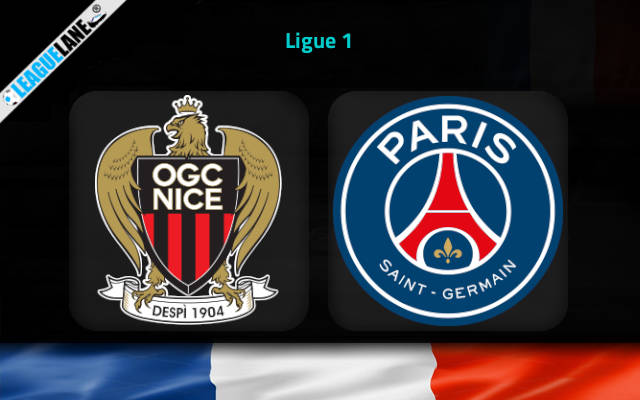 The Parisians are determined to snatch back the title they lost the last season, and so far everything indicates that they will have a smooth ride till the end. They are at the top of the table with just 12 match-days remaining, and impressively, they have a 15-point lead.

Moreover, they have scored the most number of goals, and have conceded the second-least as well. By all means, they have the momentum, as well as the talent to deliver another win this weekend at the Allianz Riviera.

Meanwhile, Nice are a top-tier team from the French Ligue 1, but their recent form has been troublesome. They have dropped quite a worrying number of points lately, and on top of that, they have a poor h2h record against this rival.

By the looks of things, anticipate a victory for PSG this Saturday. This is also an opportunity for the Parisians to avenge themselves, for their elimination from the Coupe de France.

Nice were held to a 0-0 draw the last match-day, by Strasbourg. They were also winless in four of their past six overall fixtures, and they had lost four of their previous eight appearances at home.

On the other hand, Pochettino’s men had won 10 of their former 14 overall games, and they have lost just three times in all competitions since the first week of August 2021. And one of these losses had come against Manchester City.

Finally, they also have a great h2h record against this foe over the years.

Likely, expect a win for the toppers. Expect not many goals though, considering that Nice have the best defensive record in the Ligue 1.

Tips for Nice vs PSG