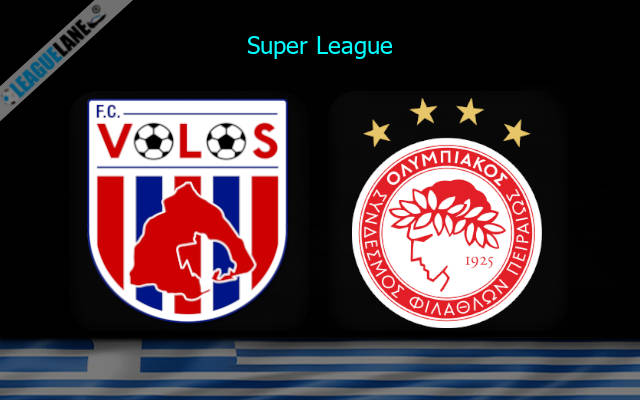 NFC Volos vs Olympiacos Predictions and Free Tips from our expert tipsters when the teams go head-to-head in the Greece Super League on Sunday, 8 January 2023.

It has been a while since NFC Volos have displayed a positive consistency. They have only won once in the last five league outings. Volos are at fifth spot in the league standings.

The current slump of Volos might be the major reason behind bookies pricing Olympiacos at just 1.36 to seal a win here. However, Olympiacos is consistent of late and have managed to climb into fourth spot in the league standings.

Olympiacos have been the dominant force in the history of this match-up. They are yet to make a mistake against NFC Volos.

At this venue, Olympiacos is on a two-game winning streak. Its on rare occasion that over 2.5 goals ft landed when these two teams met at this stadium.

Who will win the match between NFC Volos vs Olympiacos?

Olympiacos have a 100% unbeaten record against NFC Volos on the road. They have been exceptional when facing this opposition.

Going on, Olympiacos have only lost once on the road while Volos lost two of the last three home outings.

By the looks of things, expect a pleasant display from the traveling outfits Olympiacos on Sunday.

Affairs including these two have generally been low-scoring affairs. More than 60% of the matches played by Olympiacos saw goals under 2.5 ft.

Olympiacos defense have generally offered impressive performances on the road. They have kept a clean sheet in three of the last five road trips.

Meanwhile, Volos have failed to score a goal in the past four league outings in a row. This includes home fixtures too. In that case, we quite don’t see the value of backing the both teams to score option.

Olympiacos have been scoring goals at a rate of two per game on the road. While expecting a clean sheet win for them, the 0-2 correct score at 6.00 odds seems a good pick for the main bet.

Goals are unlikely to come in plenty. Since we don’t expect a goal-fest, under 2.5 goals ft will be our second tip at 1.95 odds.