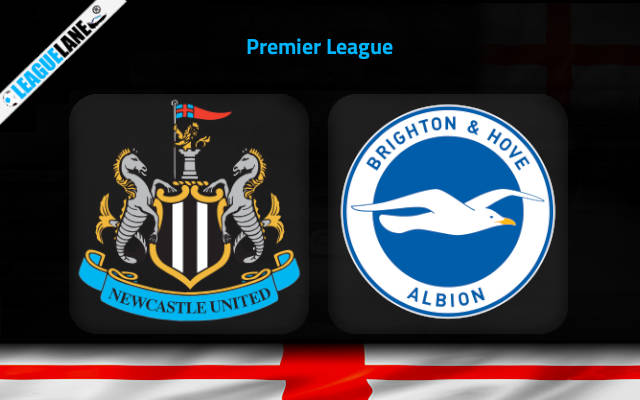 Newcastle are the team that made the most improvement in the league. At one point during the season, it was speculated that they are on a fast-track course to get relegated to the Championship.

However, lately they have been on a superb stretch of performances – so much so that, they have posted the second-most number of points on the board in the league in the last five match-days.

Only Liverpool have done better than them.

Meanwhile, Brighton have been one of the worst teams in the competition right from the start of the campaign.

They are on a long winless run, and are conceding goals in huge numbers. They have also been a mess on the road as well.

For the reasons, expect a win for the Magpies this Saturday at their home.

Newcastle registered a 0-2 win on the road the last match-day, against Brentford. They had won four of the past five overall fixtures, and their only league defeat at home since October, had come against reigning champions Manchester City.

On the other hand, Brighton lost 0-2 at home the past game week, against Aston Villa. They are also on a three-game losing streak, and they were winless in eight of their past nine fixtures.

They have also won just twice on the road in the past five-month period. One of these wins had come against the 19th placed Watford.

Taking into account these observations, expect a win for Newcastle this Saturday.

Tips for Newcastle vs Brighton