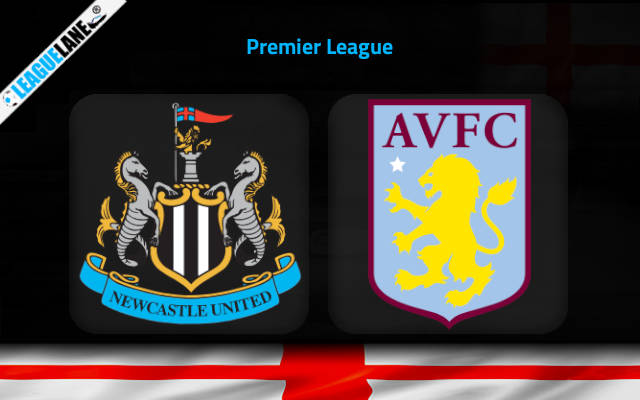 Newcastle have been absolutely superb lately – so much so that they are in contention for a spot in the top-four. They are here to take over with the help of their wealthy owners. Aston Villa, who are going through a period of transition due to the sacking of their coach, do not stand much chance.

They are placed 15th in a table of 20, with a surplus of just three points over the relegation cut-off. So far they managed to win just three of their games, and one of these came against the struggling Southampton.

Going on, they also have a serious problem that needs immediate attention – and that is they are yet to register their first win of the season on the road.

In fact, they have a 100% losing record barring just two draws, and only two teams managed to score fewer goals than them in such fixtures, in the entire league.

Meanwhile, Newcastle are currently placed fourth in the table, and need a surplus of just two points to climb into the podium spots.

They have been in terrific form lately, and lost just once all through this current edition of the PL. This sole loss came at Anfield, against Liverpool. And the winning goal was scored eight minutes into the injury time at the end of the game.

Going on, their unbeaten record at home is another factor that push the scales in their favour this weekend. In fact, they have a 100% winning record at home, barring three draws.

By the looks of things, expect a win for Newcastle at their home.

Newcastle recorded a confidence-boosting 1-2 win on the road the last match-day, against Tottenham. They actually remained unbeaten against both the Manchester teams, and even slotted in three goals against reigning champions City.

On the other hand, Villa seldom registered wins this season in the PL, and all along they let in goals in huge numbers. And on the road their form has been worrisome even from the previous season.

As things stand, anticipate Newcastle to post the three points on the board this weekend. Do expect goals to come in huge numbers, against the struggling defense of Villa.

Tips for Newcastle vs Aston Villa