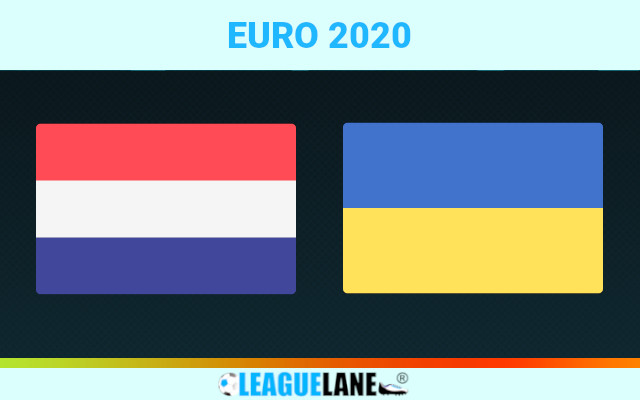 No summer competition feels complete without the Netherlands, though it is incredible to think that they have failed to qualify for the last European Championships and also the last World Cup.

So it will be a big welcome back for the Oranje for Euro 2020 and they have previously won the competition back in 1988.

The Netherlands are the favourites to win their opening game in Group C and they qualified for this tournament as runners-up to Germany.

The good news is that the nation seem back to where they belong and during the qualifiers they only lost 1 game.

Ukraine really impressed in the qualifiers and they topped a group that contained the current holders of the Euro’s Portugal. Indeed from 8 games Ukraine remained unbeaten and only conceded 4 goals.

From their last 10 games the Netherlands have lost just 1 match. That defeat came against Turkey by 4-2. Recent friendlies have seen the nation draw 2-2 with Scotland and beat Georgia 3-0.

In the past year they have drawn games against Spain and Italy. The feeling is that the Oranje are not at their very strongest but could be a dark horse and surprise many along the way.

Ukraine are ranked 24th by FIFA in the world and have, over the past decade, been steadily improving.

Andriy Shevchenko’s side are unbeaten in their last six games although they have drawn 4 of those. One notable result this year was a 1-1 draw with world champions France away from home.

There have also been recent victories over Cyprus and Northern Ireland and they come into this competition certainly with a spring in their step.

The big misses are Virgil van Dijk and Donny van de Beek. Van Dijk has been missing for the majority of the season with club side Liverpool.

The national team have received a blow though just days before the competition with the news that van de Beek has also had to pull out due to a groin injury.

There are no major headaches ahead of the Euro’s for Shevechenko’s side who are playing in a more aggressive and attacking manner.

Though the Netherlands do play five at the back Ukraine have been recently dabbling with a very attacking 4-3-3.

Netherlands vs Ukraine: Head to Head

This should be an exciting game of football and whilst the Netherlands will be the favourites to win one has to wonder if this team are the finished article. There is a feeling that the team are missing 2-3 more quality players and of course they have been hit with some key injuries.

Ukraine have nothing to lose and will be a dangerous opponent and whilst the Netherlands could click and make life difficult for Ukraine we think that it will be the opposite way and Ukraine will have plenty of chances.

This is the group game where Ukraine need to show their strengths and they could walk away with at least a point here.