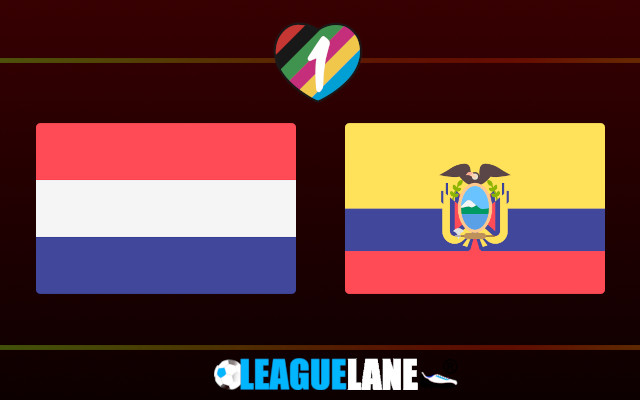 Netherlands will be looking to confirm the top spot in Group A with a victory over Ecuador on Friday afternoon.

The Dutch team somehow survived a serious challenge in the likes of Senegal four days ago as Cody Gakpo and substitute Davy Klaasen bagged late goals for the 2-0 victory at Al Thumama Stadium.

We have to mention a phenomenal display from goalkeeper Andries Noppert who finished the game with four saves.

Head coach Louis van Gaal will, however, still have a lot of work to do to make the Netherlands genuine contenders at this competition.

Ecuador looked beyond impressive in their opening game at the World Cup. It remains to be seen whether it was only because of the poor opposition or we can maybe look at Gustavo Alfaro’s troops as genuine dark horses of the tournament.

The South American outfit completely controlled the happenings on the pitch throughout the whole course of the game.

Despite an early disallowed goal, Alfaro’s men did not give up. Enner Valencia bagged a first-half brace to put the match completely away of the hosts.

Ecuador will now face a much more serious test in the clash against European heavyweights. We are about to see their true strength on Friday afternoon at Khalifa International Stadium.

If we count the friendlies, Ecuador have kept seven consecutive clean sheets. They did not allow Qatar a single shot on target in the first game at the World Cup on Sunday. The South Americans at the same time looked dangerous in the final third, namely through Fenerbahce’s star Enner Valencia.

We expect Ecuador to give the Dutch team hard times here. We like the 2.10 odds offered for Ecuador to win or draw double chance. The braver punters can try with the 1-1 correct score at the 7.00 odds, while we also like the 3.60 odds offered for Valencia to score anytime for the South Americans.