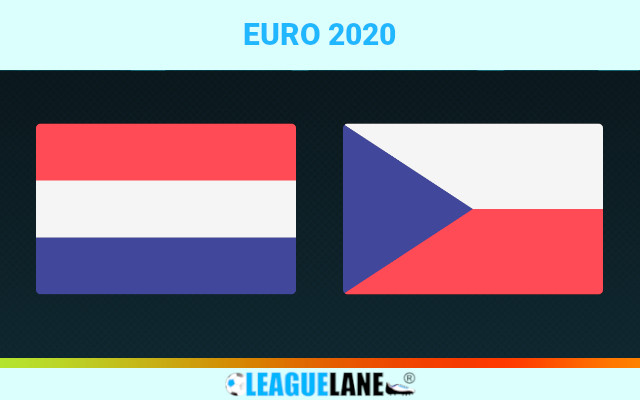 It is the round of 16 and this is when Euro 2020 will start to get very exciting as we approach the knock out rounds. The Netherlands will be the favourites but Czech Republic remain a very tidy team and dangerous on the break.

Along with Belgium and Italy the Netherlands come into the round of 16 with a 100% record after picking up 9 points from their three group games.

Form has been so good for the Dutch that some players have hinted that they could replicate what the nation did back in 1988 and win the European Championship for a 2nd time. In a way the draw seems to have opened up for them, win this and they would face either Wales or Denmark and then England or Germany in the semi’s, all is possible at this time.

The Netherlands were able to beat Ukraine, Austria and North Macedonia and scored 8 goals in that time and players such as Memphis Depay, Denzil Dumfries and Georgino Wijnaldum have looked brilliant and remain a real danger for any opponent.

Czech Republic had to settle for 3rd place in a tough group containing England, Croatia and Scotland. The Czechs beat Scotland with two classy goals and drew against Croatia but narrowly lost to England by 1-0.

Perhaps the Czechs are no so strong on defence when playing the stronger teams but there is no denying how quick they are coming forward. Striker Patrik Schick has been a revelation and he already has 3 goals and would love to add to that tally in this game.

No major injuries worries but coach Frank de Boer may opt to start with striker Donyell Malen who has really impressive in the last game. That would mean that regular forward Wout Weghorst could be relegated to the bench.

Jan Boril is suspended for this game as he has picked up too many cards. There are injuries ahead of the game.

The Netherlands have looked better and better as each game has passed them by and that is usually a sign of togetherness as the team grows stronger during the tournament.

The positive of this team is that they attack and score goals and that is a threat to any opposition out there. The Netherlands will be the favourites to win this match and though they will have to be careful at the back they should have enough up front to reach the quarter finals.

The Czech Republic are a decent team who have improved even since last year and they will have a lot of belief that they can cause an upset. Actually in truth the Czechs have a very good record over the Netherlands, and this is something that they can take into this game.

The team are fast on the ball but this could play into the Netherlands hands as they try to find some space as the game goes on, and we will back the Oranje to get the victory here in what should be an entertaining game.