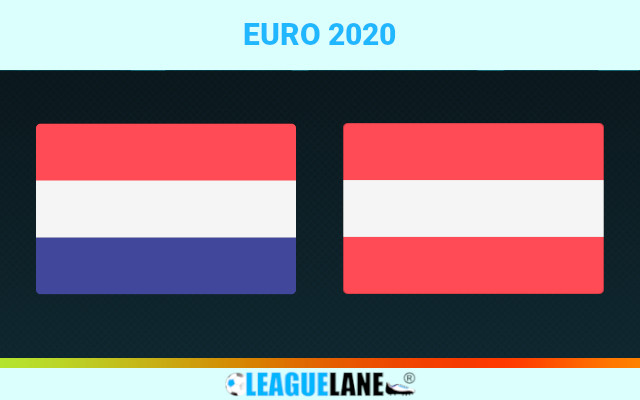 The Netherlands were involved in one of the most exciting games of the Euro’s so far as they beat Ukraine 3-2 in their Group C opening match.

It was a very attacking game but at half time the score was still 0-0 but it only seemed a matter of time before the goals would come. It would be a rollercoaster ride for Frank De Boer’s side who took a 2-0 lead but saw that pegged back to 2-2. However in the end it was defender Denzel Dumfries who scored the winner and a fantastic 3 points for the Dutch.

The victory over Ukraine means that the Netherlands can feel a little more relaxed coming into this game however it remains an important one and victory here would mean De Boer’s side would be in the knockout stages.

Austria had to dig deep but they got a fantastic 3 points also as they beat North Macedonia 3-1 in their opening game. This was actually Austria’s first ever win at the European Championships, so was a very historic moment for them.

The match was an entertaining one and it looked like both teams were going to settle for a 1-1 draw but two late goals from ‘das team’ secured victory, and gave them a genuine chance to try and qualify for the knockout stages.

If we were talking in league points then the Netherlands would have 13 from their last 15 and in short they are one of the best form teams at the Euro’s. The one question mark though could be in recent matches they have not had to face real quality opposition. However they are scoring goals and have netted 15 times in their past 4 matches.

Austria’s win over North Macedonia was clearly needed for confidence because it was just their 2nd win in their last 7 matches. The other victory was over the Faroe Islands. But a usually leaky defence is performing a little better now with 2 goals conceded in their last three games.

Matthijs de Ligt has a groin injury which forced him to miss the opening game and he will be hopeful to recover for this game but will be assessed.

No injuries for the nation but the big question will be if striker Marko Arnautovic starts the game. He came off from the bench in the opening game and it was perhaps a surprise not to see him start.

Netherlands vs Austria: Head to Head

The Netherlands are the odds on favourites and they should be able to win this game. The positive side is that they are scoring goals even if they are finding it hard not to concede.

Austria will be up for this game and very happy for themselves that they have registered 3 points already but of course their team on paper is no match for the Netherlands this is why they may set up more defensively with a tactic of trying to earn what would be a huge point for them in order to reach the knockout stages.

But it is difficult to look past the Netherlands and if they can start the game at a quick pace the odds for them to be winning at half time are very good value for punters.