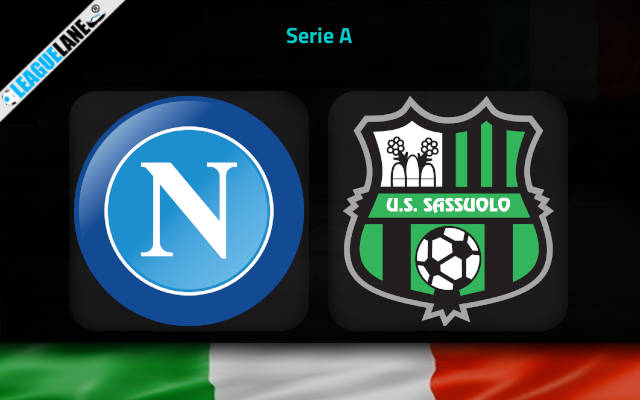 Napoli have been one of the best teams in the competition all through the campaign, and at one point in the season it was thought that they even had a shot to secure the title.

As of now they are placed third in the table and their objective would be to secure a top-four finish at any cost. The reason being they have prioritized a ticket to the Champions league next season.

Going on, it needs to be mentioned that they are currently struggling for form a bit. But it does not feel as if their top-four hopes are under threat. However former champions Juventus are giving them a tough chase for a podium finish.

Likely a win is a must for the team.

Meanwhile Sassuolo are on a losing streak and are conceding goals in huge numbers. They also do not have any chance to make it to Europe next season. And since they do not have anything left to play for, their intensity has dropped quite a bit.

They have also struggled on the road all through this current campaign and most importantly they have a poor record against this opponent over the years.

Considering these observations, expect a win for Napoli at their home this Saturday.

Napoli did lose 3-2 on the road the last match-day against Empoli. But they were unbeaten in 14 of their past 18 overall fixtures, and in the process they had even gone on two separate three-game winning streaks.

On the other hand, Sassuolo lost 1-2 at home the past game week against Juventus. They had also lost three of their past four overall matches, and the last they won on the road was back in the first week of March.

It also deserves to be mentioned that they have won just twice away from home since November of 2021.

Taking into account these observations and the past h2h superiority of Napoli, expect a win for them this Saturday.

Tips for Napoli vs Sassuolo