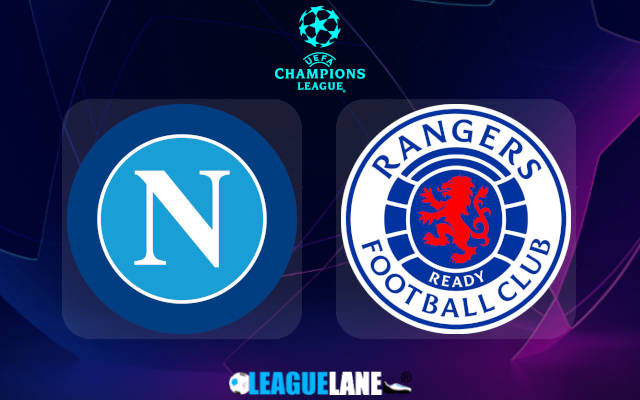 Napoli confirmed their place in the last 16 round of the UEFA Champions League with two impressive victories over Ajax.

I Partinopei bagged as many as ten goals in the back-to-back wins over the Dutch giants to preserve the perfect record in Group A of this season’s UEFA Champions League.

Luciano Spalletti’s men are enjoying a sensational form not only in the elite continental competition but in Serie A as well.

Napoli are the current Serie A leaders with nine wins and two draws in the opening eleven rounds. The latest success came on Sunday evening when I Partinopei dispatched Roma 0-1 away at Stadio Olimpico.

The Italians will have a great chance to maintain this wonderful free-scoring form on Wednesday evening when they play host to Rangers in the fifth round of the Champions League.

The Gers will enter this tie in a completely different mood. They have lost all four outings so far in the competition, scoring no more than once in the process.

The team led by Giovanni van Bronckhorst suffered a demolishing 1-7 home loss to Liverpool two weeks ago at Ibrox Stadium.

Rangers never recovered from such a demolishing loss as they have offered relatively weak performances in the domestic league since.

Their latest slip-up happened on Saturday in a disappointing 1-1 draw at home to Livingston. The Gers are four points shy of Celtic at the top of the standings.

Napoli will enter this on the back of eleven successive wins across competitions. They have bagged at least three goals in five of the previous six games in all competitions. We like the value offered by their top scorer in the league, Khvicha Kvaratskhelia, to score anytime at the sky-high 2.75 odds.

You can also hardly make a mistake backing Napoli to win in both halves on Wednesday at the odds of 2.50.