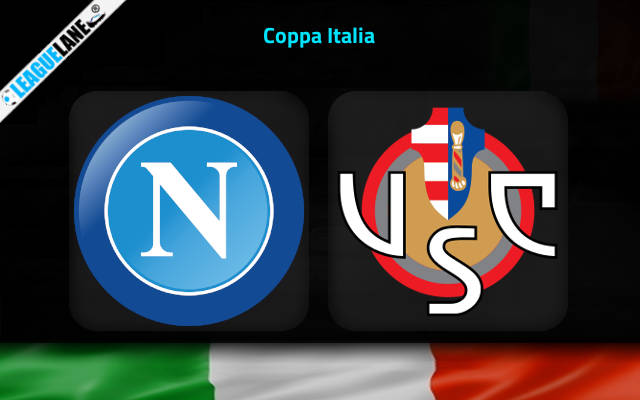 Napoli vs Cremonese Predictions and Free Tips from our expert tipsters when the teams go head-to-head in Coppa Italia on Tuesday, 17 January 2023.

Napoli just might be the best team in all of Europe at the moment. Such is the way they are performing, and are huge favorites to secure the Serie A this time around. Just the last match-day, they recorded a massive 5-1 win over former Italian champions Juventus.

Meanwhile, Cremonese could be termed as the absolute worst team in the Italian top flight. They are placed bottom-most in the table, and are a prime contender to get relegated.

Who will win the match between Napoli and Cremonese?

As the toppers and the bottom-most placed team in the Serie take on each other, that too at the home of the toppers – there is no doubt as to who have the edge.

Napoli are in such phenomenal form, that they have a lead of nine points at the top of the league table, while their counterparts need the same number of points to climb over the relegation cut-off.

In addition, Cremonese have a 100% losing record in h2h clashes in the last 24 years too.

The hosts are the only team in the Serie A to have scored more than 40 goals, while only one other team has conceded more than Cremonese in the league. Moreover, the hosts of the day just slotted in five goals against Juventus – who were practically termed the best defense in the Serie A.

The struggling and relegation-threatened Cremonese would only make it worse.

Napoli are a team that understands and values the importance of momentum. They will be eager to keep this streak going. They also have the best defensive stats in the whole Serie A, while only one team managed to concede more than Cremonese.

Chances are low for the guests to find the back of the net at this ground this Tuesday.

Napoli recorded a 1-4 win on the road against this opponent just two months before, and this time around they are at home. They also have a superb h2h record against this foe, and are widely considered to be the potential champions of Italy for the ongoing season.

Meanwhile, Cremonese are already tipped to be relegated to the Serie B. By all means, a -1.5 Asian Handicap on Napoli seem to be the best choice at an odd of 1.75.

And taking into account the sheer goal-scoring form of the hosts, coupled with the poor defense of Cremonese – an Over 3.5 Match Goals bet an odd of 2.25 is another great choice this Tuesday.