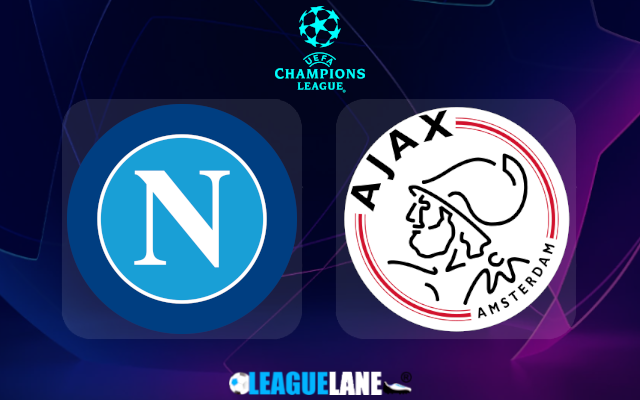 The hosts have enough firepower to get them through a win here. And it seems that they are determined to win the title they had lost for just 7 points previously.

Napoli is yet to make mistakes this Serie A season. Out of a total 9 fixtures, the team had sealed 7 victories while sharing spoils in two other occasions.

Their offensive side have slotted in a total of 22, which is the best in the whole tournament so far. Do also note that their defensive side had only allowed seven till now.

Going on, they has been scoring goals even better in the UCL fixtures they had appeared so far. A total of 13 goals were slotted in by the Napoli offense while leaking just 2 over the course of 3 group stage fixtures.

Meanwhile, Ajax looks to have an inconsistent form lately. The reigning Eredivisie champions are currently were winless in 4 of the past 5 overall fixtures.

On top of that, Napoli destroyed Ajax in the reverse fixture scoring 6 goals while breaching one from the opposition.

By the looks of things, expect a victory for the home side on Wednesday.

Its been a long while since Napoli had conceded a defeat. They are currently on a 8-fixture winning streak across competitions and is on a separate 3-game winning streak in the UCL.

Napoli will head into this fixture off the back of a 4-1 UCL victory over the like of Liverpool. Such a victory is more than enough to back them in sealing a win on Thursday.

Moreover, Ajax seems to have lost their superior form they had in the previous season, specifically on the road at the moment.

Taking into account all these observations, expect a high-scoring affair with the hosts finishing up with a positive outcome.