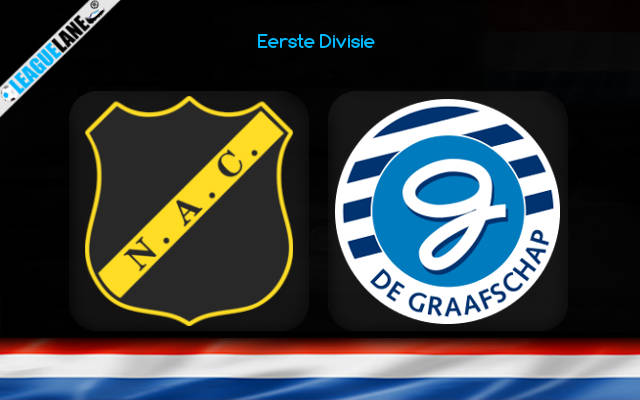 Game week 30 of Eerste Divisie brings us the match between NAC Breda and De Graafschap on Friday at Breda.

NAC Breda played against MVV Maastricht in their last match. Breda took the lead in the match in the first half of the match and maintained their lead until the end. The opposition couldn’t score an equalizer in the match, ending the game in a win for Breda with 1-2 FT score.

De Graafschap played their last match against Jong AZ, in which both teams failed to score in the match, ending the game in a goalless draw.

Breda has played well in their recent matches. They broke their cold streak with their win against Den Bosch. The team has won in their matches since then, earning them a four-game win streak. They are now 9th on the league table with 42 points from their matches.

De Graafschap has had hiccup with their performance since early November. Their results have been mixed, and the team has only won in five of the fifteen matches played since then. However, the team still is in the upper half of the league table in the 7th position with 47 points.

Breda is back in-form in their matches. They have consecutively in their last four matches and will hope to win in this match to keep their streak going. Graafschap is in a hiccup with their form, putting them in a vulnerable position against Breda.

I believe, the match is more likely to end in a win for Breda because they have played better than Graafschap in their recent matches.