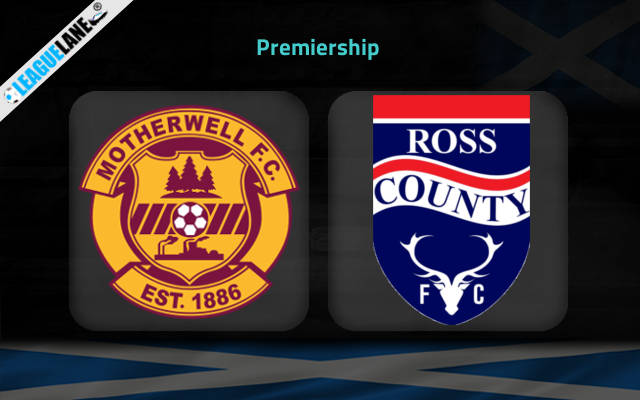 Motherwell vs Ross County Predictions and Free Tips from our expert tipsters when the teams go head-to-head in the Scottish Premiership on Saturday, 14 January 2023.

Neither Motherwell nor Ross County had a decent run so far in this campaign. They both sits inside the relegation zone. Ross County is comparatively weaker as they are sitting at the foot of the table.

Motherwell is at 10th position, three points away from their Saturday’s counterparts Ross County. However, they both follows a set of winless games to enter this fixture.

Motherwell can also rely on the recent tradition since they won the previous two encounters against Ross County. The reverse fixture ended in a 0-5 win for Motherwell.

At this stadium, the past six overall wins were evenly split, with three each for both sides. Five of those six matches had goals over 2.5.

Who will win the match between Motherwell vs Ross County?

Motherwell’s last home victory was recorded four months ago. They are on a long stretch of winless games here since then.

Meanwhile, Ross County possesses a decent enough away stats for a team that sits at the bottom. They were unbeaten in four of the last seven road trips.

On top of that, Ross County have managed to seal victories which tallies with Motherwell’s at this venue, therefore, we expect a result in favor of Ross County.

The past six home matches of Motherwell had goal over 2.5 ft. On the other side, Ross County have been also playing affairs with such goal numbers lately.

Moreover, their recent h2h tradition suggests an over 2.5 goals scenario. Therefore, we expect this match to have over 2.5 goals.

Neither of these two sides are in possession of a defensive side which is capable of holding their opponents from scoring till the final whistle. Thus, both teams to score option is likely to land in this match.

The standings has Motherwell on top, but the recent stats at respective patches are in favor of Ross County. Even at Motherwell’s home turf, Ross County have sealed enough of wins lately.

Therefore, we like to back Ross County or Draw at 2.10 odds as the main betting option. For the second tip, we like to place the both teams to score option at 2.00 odds considering the weak defenses of both.