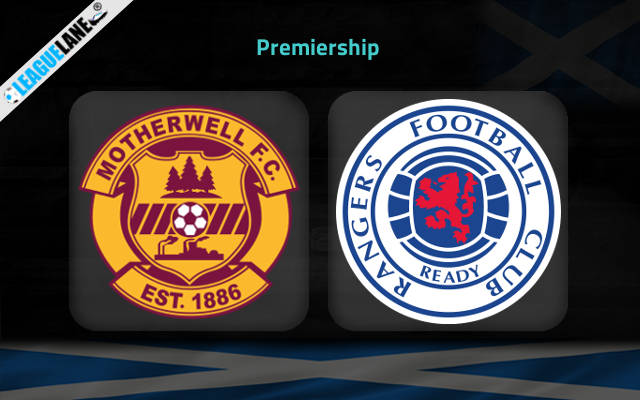 Rangers head to Fir Park on Sunday to meet the hosts Motherwell in a Premiership clash.

The Gers have been in great form since the beginning of this season. They have only lost once after playing nine Premiership rounds. With such an undefeated consistency, they have not gone outside top two in the points table.

Another factor that deserves a mention is their attacking line. They had scored three times of the number of goals they had let in this season. In fact, only one team has scored more goals than them in the whole competition.

Their immediate objective would be to decrease their gap between Celtic who sit at the top spot of the league table at the moment. It seems that they have a great opportunity to pave their way from the next fixture.

They are pitted against Motherwell in their next league fixture. The team is currently at the 7th position in the league standings, at the edge of the safe zone.

However, it will be tough task for Motherwell to get a win from their upcoming fixture. Also, they have been dropping points in their recent Premiership fixtures.

On top of that, Rangers have a superior head to head form against this opponent for the past several years. By the looks of things, anticipate a winf or the guests Rangers on Sunday.

You can understand how likely Rangers are to win this fixture after looking at the head to head stats between the two. It is for these reasons that bookmakers have priced them to win at just 1.40 odds.

Taking into account all these observations as well as their h2h stats, we expect a victory for the visiting side to win by minimum 2 goals.