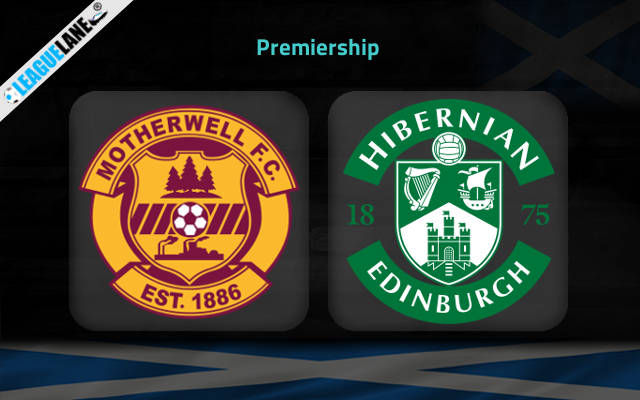 Motherwell vs Hibernian Predictions and Free Tips from our expert tipsters when the teams go head-to-head in Premiership on Sunday, 08 January 2023.

Two back-to-back defeats have put Hibernian in a serious situation. Their recent form is riddled with losses as they have picked up only one victory in their last five outings.

Kevin van Veen’s goal helped Motherwell take one point from their opening game of 2023. They still have a long way to go as they sit in the tenth place at the table. The last time they won a league game was way back in October.

Hibernian are unbeaten in the last six head-to-head matches. Both teams last met back in October and the visitors won that game by 1-0.

Who will win the match between Motherwell and Hibernian?

The visitors have a good record against this team. They are unbeaten since 2020 at Fir Park as well. Moreover, Motherwell are facing a winless drought in the league. Considering all of this we can expect Hibernian to win this fixture.

The visitors have scored at least two goals in their last three wins against this team at Fir Park. In two of the last three head-to-head matches, the game ended with three goals being scored combined.

Both teams have scored consistently in this fixture. They have both scored in three of the last five meetings. We can expect the same pattern to follow up this time as well.

The visitors have won the last two consecutive encounters against this team. At the same time, Motherwell’s last home win was back in August. Therefore, our first tip is that Hibernian will win this game by 2-1– the odd for this tip will be at 10.00 odd.

Our second tip is that Both teams to score – at 1.80. In two of the last three meetings at Fir Park both teams have scored a combined total of eight goals.