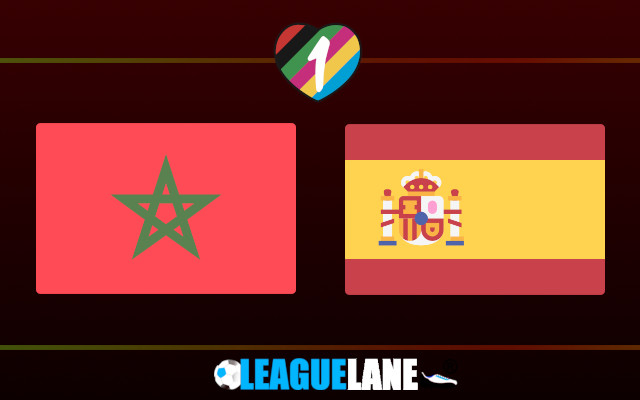 Morocco topped Group F with ease and their opponents for the knock-out stage are Spain who shockingly lost to Japan in their last group stage game. These two teams will face each other at Education City Stadium.

The Atlas Lions found themselves in a difficult group this year. Clubbed next to Croatia and Belgium who finished 2nd and 3rd respectively in the 2018 World Cup.

They defied all odds and picked up seven points from the group stage fixtures. Their most impressive victory came against Belgium.

In that 2-0 victory, Zakaria Aboukhlal sealed all three points for Morocco as he scored in the 92nd minute of the game.

One of the most intriguing groups in the World Cup this year has to be Group E. The prime example of this was the opening game when Spain demolished Costa Rica. However, Luis Enrique did not expect that this will be their only victory in the group stage.

Also, Japan topped Group E which shocked everyone. They showed their strength as they defeated one of the best European teams by 2-1. Spain initially were in control against Japan after Alvaro Morata’s early goal.

By the time, the final whistle blew everything turned upside down as Japan scored two goals in the second half. The La Roja finished as the runners-up of Group E.

The Atlas Lions roared loudly as they defeated Canada by 2-1. Nayef Aguerd scored an own goal late in the first half which raised some concerns for manager Walid Regragui.

Nevertheless, a proper defensive game plan in the second half helped the Atlas Lions to take all three points at the end of the game.

The main advantage for Spain is that Luis Enrique has a well-balanced squad at his disposal. With a good blend of youth and experienced players. In the game against Japan, he could not work out his defensive partnership.

Morocco are full of confidence as they topped Group F. They have played with great energy and unity since the opening fixture.

Spain will win this game by 3-1 – the odd for this tip will be at 17.00. Spain began their campaign by scoring seven goals against Costa Rica. They have enough firepower to win this game as Morocco are not strong in the middle of the park. This is what Spain will take advantage of.

Also, you can bet on Alvaro Morata to score anytime – the odd for this tip will be at 2.50. He is the current topper for the golden boot race. Moreover, he scored against Japan early in the first half.