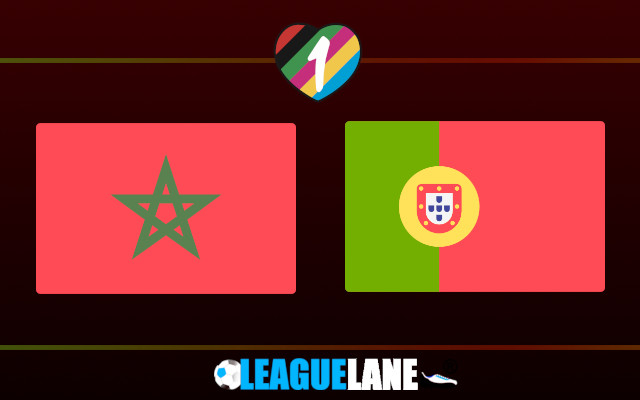 Morocco vs Portugal Predictions and Free Betting Tips from experts when they go head-to-head in the World Cup 2022 quarter finals on Saturday, 10 December 2022.

This is Morocco’s best run at the World Cup and they took two big scalps along the way in the form of Spain and Belgium. Previously, they reached the round of 16 just once and that was in 1986, some 36 years ago.

Walid Regragui’s men started the tournament as huge underdogs. But as they reach the quarterfinals unbeaten, they have gathered a huge fan following from locals, fellow Arabs and African fans.

After some wobbly performances in the group phase, Portugal finally came to life in the 6-1 win against Switzerland.

Cristiano Ronaldo is finally relegated to the bench and his replacement Goncalo Ramos took the chance well and repaid the faith with a brilliant hattrick. I will be making no mistake in writing the next sentence. The 6-1 win against Switzerland is Portugal’s best performance in the tournament so far and they looked like title contenders out of nowhere.

Whether Ronaldo starts on Saturday against Morocco or not, he remains in the radar of news outlets and gossip lovers are in for a treat with goofy stories.

Morocco and Portugal met at the World Cup on two occasions. The most recent was in 2018 when a Ronaldo goal handed the Selecao a narrow 1-0 win.

Morocco bagged a surprise 3-1 win in their first ever meeting against Portugal back in 1986.

Morocco are no pushovers and they did extremely well to reach here. But they are up against a Portuguese team that thrived at all levels without Ronaldo against one of the toughest defense in the tournament.

This is why we are backing Fernando Santos’s men to grab a narrow win here, all fairy tale runs have to end at one point.