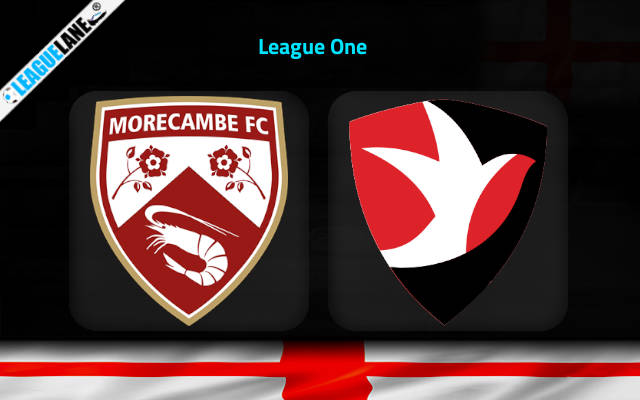 Morecambe vs Cheltenham Predictions and Free Tips from our expert tipsters when the teams go head-to-head in League One on Saturday, 7 January 2023.

Morecambe have improved their form following their narrow defeat against Port Vale. The team led by Derek Adams are now on a two-game winning streak. In their last league outing, they defeated Burton by a huge 5-0 margin. However, past records show that they have faced difficulty against Cheltenham.

At the same time, Cheltenham’s form is looking strange. They are losing every alternate game since their 1-0 victory against Charlton last month. One point to note is that they have improved their away form in the last two months.

Cheltenham won this fixture by 1-0 back in October. Do note that they have won the last three consecutive head-to-head matches.

In the last three years, both teams have played against each other on eight occasions and the host have won on only two occasions.

Who will win the match between Morecambe and Cheltenham?

Morecambe’s last two wins were against relegation teams. Also, they have not won this fixture in the last two years. Therefore, the chances are high that Cheltenham will take home all three points this time as well.

With just two exceptions, the last five head-to-head matches ended with more than two goals being scored combined. Also, the last meeting at The Mazuma Stadium ended with a 3-1 score line.

Except for the October fixture, both teams have scored in two of the last three head-to-head encounters. It is likely that both teams will find the back of the net.

Cheltenham won this game by scoring two goals in two of their last three wins against this team. The last game at The Mazuma Stadium ended in a 3-1 win for them. Therefore, the first tip is that Cheltenham will win this game by 2-1 – the odd for this tip will be at 11.00 odd.

Our second tip is that Both teams to score – at 1.75. Two of the last three encounters ended with both teams scoring a combined total of eight goals.