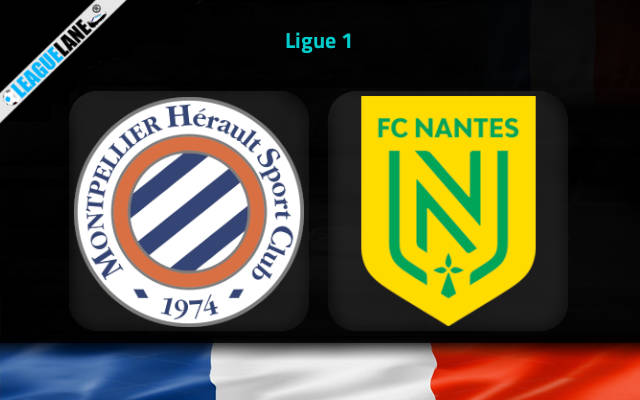 Montpellier vs Nantes Predictions and Free Tips from our expert tipsters when the teams go head-to-head in the France Ligue 1 on Sunday, 15 January 2023.

Both Montpellier and Nantes are sitting at alternative positions in the league standings at present. Nantes is at the 14th spot while Montpellier sitting in the 13th.

Comparing with their winning rate, Nantes seems so weak as they have only won just 16% of their matches so far in this campaign. But they have a set of draws to keep things going.

Meanwhile, Montpellier have won more games than Nantes this season but are still having lack of stats to rely. They have lost 11 of their 18 matches so far and are in possession of one of the worst defensive side.

The past two overall wins were evenly split, with two each for both teams. Their latest meeting ended in a 2-0 win for Nantes.

Two of the past three meetings at this stadium ended in a draw. Both teams to score option landed in four of the past six clashes here.

Who will win the match between Montpellier vs Nantes?

Montpellier is on a four-game winless streak at home. Meanwhile, Nantes is yet to seal a win on the road.

Going on, neither of these two have a clear lead in the recent tradition of this match-up. Therefore, we are quite not sure about picking up a winner here.

The often recording of a drawn outcome by Nantes inclines us to consider the possibility of it. In that case, goals are unlikely to come in plenty as their h2h matches have also been low-scoring whenever they recorded a draw lately.

Goals are likely to come from both ends of Stade de la Mosson on Sunday. Because neither of these two sides are having a solid defensive line which seems capable of recording a clean sheet in this match.

These two teams doesn’t display a clear edge on the basis of their recent stats. Even in h2h matches, they both are in a balanced form. Therefore, it’s a very tough call to predict a winner here.

For the above reasons, we like to place the draw option at 3.40 odds as the main betting tip while backing the both teams to score option at 1.62 odds as the alternative pick.