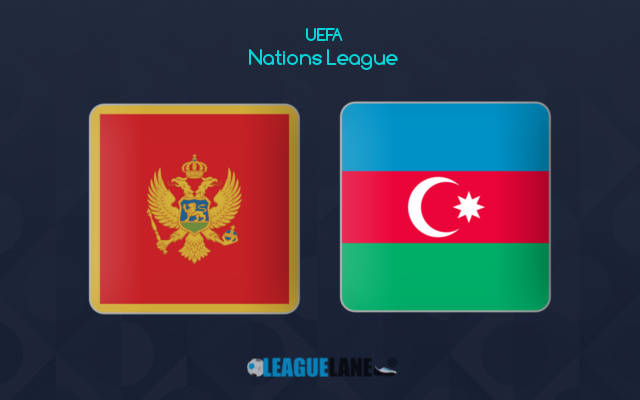 Battle for promotion in UEFA Nations League Division C continue this weekend with Montenegro welcome Azerbaijan this Saturday in Podgorica, carrying the burden of big favorites priced at 1.40 odds. Sadly, one of the reasons for that is visitors will have a lot of absent players due to non-football reasons.

A lot of experts thought Montenegro, Luxembourg, Azerbaijan and Cyprus will all battle for the first spot in Group C. There are still four rounds left to be played, but Montenegrin squad already has decent advantage over the rivals, having won maximum number of points.

There was only one head to head meeting between these opponents in the past. It took place in 2010 as a friendly duel and Montenegro have won it 2-0 at home thanks to goals of Pejovic and Beciraj. Beciraj is still playing for the national team, and even scored recently against Luxembourg.

A lot of things changed positively for Montenegro and their fans in 2020. Ljubisa Tumbakovic is no longer head coach, replaced by Bosnian expert Faruk Hadzibegic.

The team has been performing really well in the last couple of appearances. The last friendly game in late 2019 against Belarus at this stadium ended in their favour 2-0, as well as two opening games in UEFA Nations League.

Victory against Azerbaijan would surely create massive advantage and get Montenegro very close to Division B comeback.

Visitors are entering this match with three points won in Nicosia, but very bad mood and roster. We are tipping home team to win the game and to keep a clean sheet.