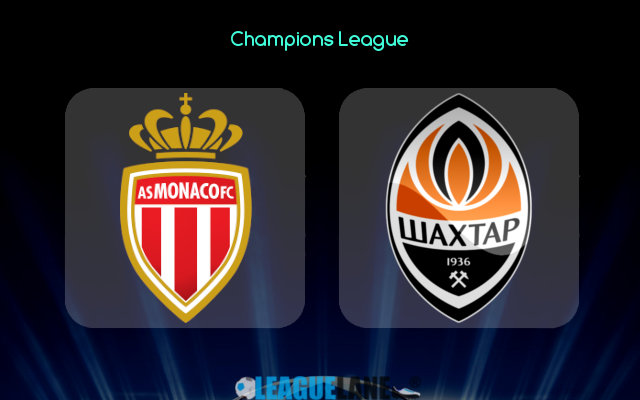 Monaco is looking to return to Champions League after 2 years and they are heavy favourites to start off with a win in the first leg against Shakhtar Donetsk on Tuesday.

In the previous round, Kovac’s men defeated Czech giants Sparta Prague with relative ease, won both legs 2-0 and 3-1, respectively.

This is only the 5th time that the Ligue 1 outfit has to play through qualifiers to reach the group stage. They failed only once, that was in 2015/16 against Valencia after winning the first leg.

On the weekend, Monaco lost 0-1 to Lorient, leaving them without a win in Ligue 1 after 2 matchdays. Truth to be told, Kovac’s men controlled the game and created several chances. But failed to find the back of the goal while they got punished by the lone meaningful chance created by their opposition.

There is some regrouping to do ahead of this fixture, with Shakhtar being a side capable of dealing with higher ranked teams in the continent.

Shakhtar Donetsk are far more regular at the Champions League group stage and they are looking for a 5th consecutive appearance.

They do not have to play through qualifiers, last time they did was in 2016 and got eliminated by Young Boys. However, they had qualified 6 times out of 8 qualifying campaigns.

For confidence, Shakhtar lost just 1 of their last 8 away games in the Champions League. That was against Monchengladbach after defeating Real Madrid 3-2 and holding Inter Milan to a goal-less draw.

This season, Shakhtar have started off strong by defeated Belgian side Gent 4-2 on aggregate with both legs witnessing the same 2-1 ft scoreline. Their domestic form is decent as well as they won 3 of the 4 games played so far while suffering 1 defeat.

The only competitive head-to-head meeting between Monaco and Shakhtar Donetsk happened in the Europa League first knockout round 1979.

Back then, the teams won respective home games. Monaco bagged a 2-0 result at Stade Louis II and Shakhtar 2-1 at the Olimpiyskiy. The Ligue 1 outfit progressed to the next round.

Recently, in 2015, they met in a friendly and the club from Ukraine bagged a convincing 3-0 win on that occasion.

There is not a lot to separate the teams on paper, true that Monaco has the possession of some more popular players. Therefore, the full-time result is too close to call and with away goal rule chalked off, we could expect a fiery end-to-end contest.

Thus, goals are the way to go for this Champions League qualifying fixture and the over 2.5 goals is my top choice.

Meantime, brave punters can back both teams to score in the second half for a mighty 3.50 odd with lot of action expected in the last quarter of the game.