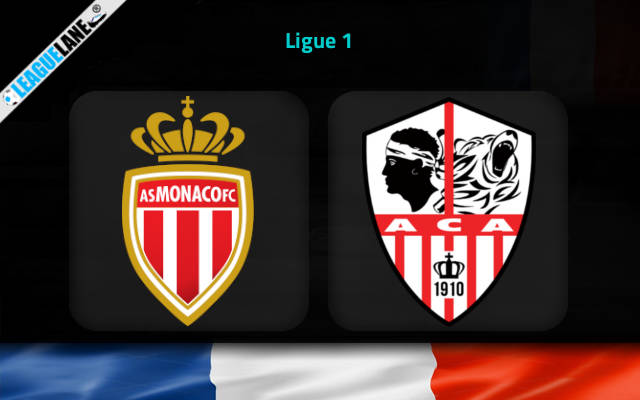 Monaco vs Ajaccio Predictions and Free Tips from our expert tipsters when the teams go head-to-head in Ligue 1 on Sunday, 15 January 2023.

Monaco held Lorient in an entertaining 2-2 draw last time. The team led by Philippe Clement are fifth in the league and will aim for a win as they will play against Ajaccio at Stade Louis II.

At the same time, Ajaccio are slowly moving towards the relegation zone. They lost their eleventh game of the season last time. It is important to note that they are yet to win a league game this month.

The host are on a four-game winning streak against this team. Both teams will be playing against each other after a period of more than five years.

At Stade Louis II the visitors are yet to win a single game against this team.

Who will win the match between Monaco and Ajaccio?

Monaco will win this fixture with ease. They have an excellent unbeaten record against Ajaccio at Stade Louis II. Not to mention that the visitors are at the bottom half of the table this season, as they have lost more than 60% of their matches.

The visitors are yet to score a goal in their Ligue 1 fixtures this month. In three of the last five overall head-to-head meetings, the game ended with less than three goals combined. This time as well we can expect this trend to continue.

Both teams have scored in the last two head-to-head meetings. The host have scored five goals in their last three outings combined.

You can back the following, as our first tip is that Monaco will win this game by 2-0– the odd for this tip will be at 7.00. The host won all three meetings starting in 2005 at Stade Louis II against this team. Also they have scored at least two goals in their last two wins against this team.

Our second tip is that Wissam Ben Yedder will score anytime– the odd for this tip will be at 2.40 odd. He is on a two-game goal-scoring streak. Against Lorient, he scored a last-minute equaliser. Do note that he is the top scorer for Monaco this season.