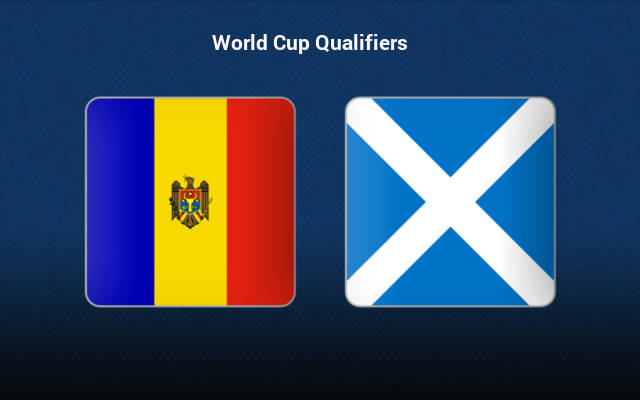 Scotland is the favourite to qualify for the playoffs into the World Cup 2022 from Group F, they will travel to the Zimbru Stadium as they take on Moldova who are likely to end up with the wooden spoon in the group. Read our Preview, Predictions, and Betting Tips with Analysis here.

The Moldovans have been shambolic in the tournament having just picked up 1 point, which came at home in a 1-1 draw against the Faroe Islands.

They have since lost every game and have been particularly torn apart by Denmark who has scored 12 goals past their defence in 2 games even more embarrassingly Kasper Schmeichel had to save only 2 shots on target during a period of more than 3 hours.

With just one draw they are bottom of the group 3 points behind the Faroe Islands.

Scotland is looking to qualify for the World Cup for the first time since 1998. After a questionable start to the group stages of the qualifiers, dropping points against Austria and Israel, they have since won every game disregarding their 2-0 loss against Denmark on the road.

In their preceding fixture, Lyndon Dykes rescued his team a couple of points by scoring the only goal of the match against Faroe Island in the 86th minute.

With Denmark out of their reach, Scotland has to settle for a spot in the playoffs. But with Israel just 4 points behind them and their next match coming against the Danes, this is a crucial fixture for the visitors.

Scotland has been impressive in this tournament lately with 4 consecutive wins, they should have no problem taking down the hosts who are on a 7 match losing streak.

Despite their form, Scotland has not scored a lot of goals, especially on the road. They have kept it tidy in defence, however. Expect a low scoring fixture.