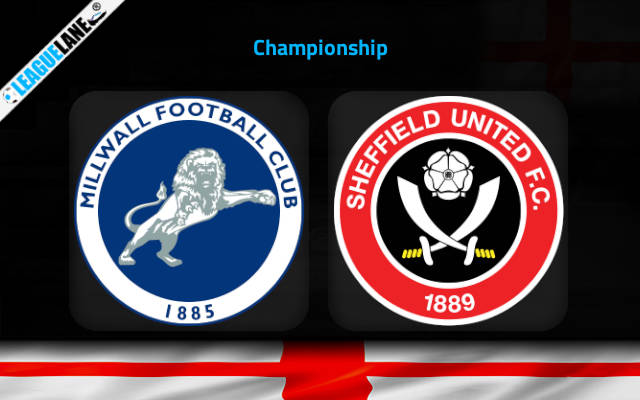 Both these teams are in great form, and are scoring goals at a superb rate. Sheffield are placed sixth in the table at the moment, and with the season about to enter its final stretch, they are harboring hopes of making it to the playoffs.

Or if things fall into place, they could even go after a top-two finish, and thus secure direct promotion to the Premier League. At present, they need a surplus of just five points to climb level with the second-placed Bournemouth.

Meanwhile, Millwall are on a winning streak. They are going after a top-six finish. As things stand, they need to overcome a deficit of seven points to clear the cut-off for the sixth spot.

As these two determined and in-form squads take on each other, expect a cracker of a match-up. And do also expect goals to come in from either end of the pitch.

Millwall won 1-2 on the road the last match-day, against Derby. They are on a three-fixture winning streak, and had scored two or more goals in four of their former five games.

Going on, they have lost just twice at home since mid-October, and one of these losses had come in the FA Cup, against Wolves from the top flight.

On the other hand, Sheffield registered a 1-0 win at home the past game week, against Blackburn. They had also won six of their past eight overall fixtures, and had scored two or more goals in six of their last nine matches.

Taking into account these observations, as well as past h2h scorecards, expect a goal-fest this weekend between the two.

Tips for Millwall vs Sheffield United