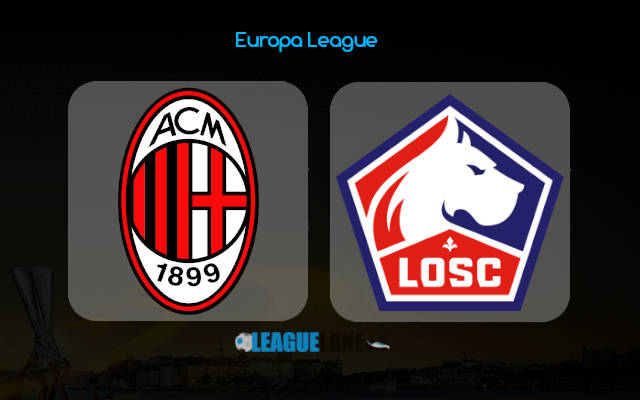 AC Milan are having a dream start to the new football season. Rossoneri are sitting at the top of Serie A table six rounds in, losing only two points so far.

Team spirits and chemistry are at extremely high level after beating Inter Milan in big city derby and collecting all three points against Udinese last weekend.

Zlatan Ibrahimovic once again shown his acrobatic skills, scoring the match-winning goal at Dacia Arena. Is Pioli going to rest the Swedish star this Thursday in Europa League action against Lille?

AC Milan are looking good in this group, with a lot of room for mistake. In terms of the odds, hosts are favorites at 1.66 odds.

These two teams have met only two times in the past, back in season 2006 in UEFA Champions League group stages. Match in France ended without goals, while Lille took surprising 2-0 win against AC Milan at Meazza.

AC Milan surely feel comfortable about their chances to participate in the Europa League playoffs after securing six points from the opening two matches. Their trip to Scotland went much smoother than expected, beating Celtic FC 3-1.

The first appearance at home against Sparta Prague was also flawless 3-0. Despite being absent for a couple of weeks, Zlatan Ibrahimovic has incredible stats so far, having scored seven goals in four Serie A appearances.

Can AC Milan dethrone Juventus this season? If they manage to keep form at this level, that is realistic outcome.

Lille are also having good results so far, sitting 2nd in Ligue 1 standings just two points behind PSG. Their last three games across competitions have ended as draws though.

As stated above, Rossoneri might change starting XI a lot for this match. Both teams are consistent when it comes to scoring and conceding goals, so that is the best way to approach the duel from betting perspective.