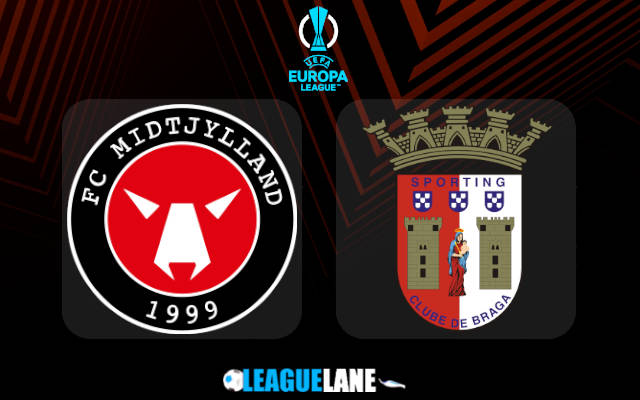 Braga are at the top of the Group F table, and with a two-point lead they seem well-set to become the group champions. However, the job is not done yet, and they cannot be too confident.

The second-placed Red Star Belgrade are giving them a good chase, and are taking on the dead-last placed Ludogorets. This forces Braga to go after the three points this Thursday, if they need to avoid any last-minute drama.

Considering they are taking on the struggling Midtjylland, whom they had beaten soundly in the reverse match-up, expect another win for the team at the MCH Arena.

Midtjylland recorded a 0-1 win on the road the last match-day in the competition, against Red Star Belgrade. However, currently they are on a two-game losing run, and they had let in a total of five goals in the process.

On the other hand, Braga registered a compelling 4-2 win at home against Ludogorets, in their latest Europa game. They were also unbeaten in 15 of their past 17 overall fixtures, and they had even recorded a massive 6-0 win in their latest fixture – which had come against Santa Clara.

Judging these observations, expect a win for Braga this Thursday.

Tips for Midtjylland vs Sporting Braga