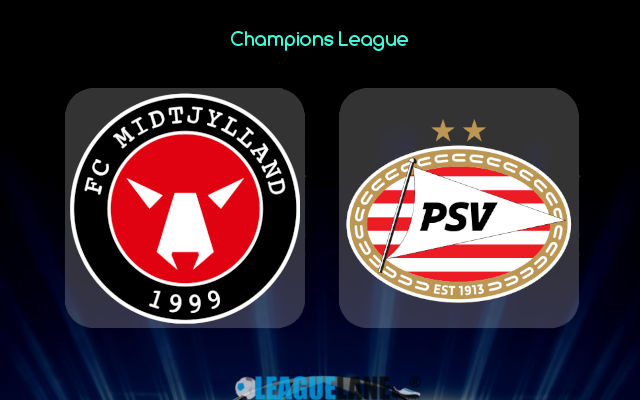 Not only are PSV from a far better league, but they also had won the first leg in a comprehensive manner. Likely, expect Midtjylland to struggle this Tuesday, and crash out of this competition.

Eindhoven had finished second in the Dutch league the last season, and have been one of the best teams there for the past several years. They are recently facing tough competition from arch-rivals Ajax, and are determined to secure a Cl ticket at any cost to not fall behind.

They are on a long winning run, and are scoring goals at a great rate. Even on the road, the team has been on an impressive run for quite some time.

In the meantime, Midtjylland are from the Danish Superliga, which pales in comparison to the quality and exposure of their Dutch counterparts.

By the looks of things, expect a win for PSV this Tuesday.

Midtjylland were winless in 11 of their preceding 19 overall games, and they had a total of three clean sheets from their past 14 overall match-ups.

Moreover, they had lost the first leg 3-0, and now will have to score three unanswered goals in ninety minutes to even extend the game into extra time.

On the other hand, their counterparts are on a five-fixture winning streak, and they had scored a total of 36 goals from the past ten matches. Note that they were also unbeaten in 20 of their former 21 overall games.

Taking into account these stats, and especially the desperation of Midtjylland due to their loss in the first leg – anticipate a huge victory for PSV this Tuesday.