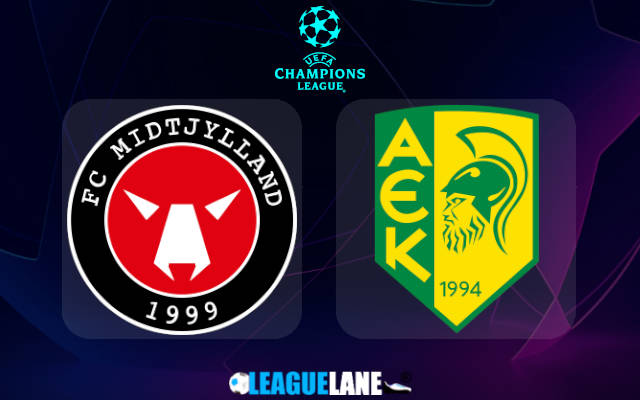 Danish heavyweights Midtjylland are on superb form at the moment and will try to make the most of this momentum to secure a win in this first leg of this crucial Champions League qualifying playoff fixture, against Cypriot club AEK Larnaca.

Midtjylland are finding the back of the net at a superb rate and all through the previous season they had managed to show consistency. They have also been a great presence at home for quite some time now and it is to be noted that they have seldom lost here in the past several months.

They also have the confidence of coming from the comparatively far superior Danish top flight, compared to their counterparts for the day, who are from the rather inferior Cypriot league.

On top of that, Larnaca are also going through a poor stretch of performances at the moment and are letting in goals in huge numbers. In addition, they have also failed to show any kind of dominance on the road in the past few months.

For these reasons, expect a victory for Midtjylland this Tuesday.

Midtjylland were unbeaten in 14 of their past 15 overall fixtures and in the process they had gone on separate 5-fixture as well as 4-game winning streaks.

On the other hand, their counterparts Larnaca were winless in 9 of their past 14 overall games and they have won a total of just 4 times on the road in the past 8-month period.

Taking into account these observations, expect a win for Midtjylland this Tuesday at their home.